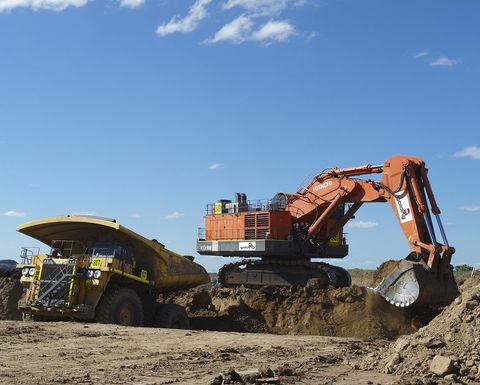 The Curragh coal mine is located in Queensland, Australia.

All major plant and equipment to be utilised for the expanded mining operations will be supplied by Golding Contractors. The additional fleet will include a new Caterpillar 6060 excavator and four hired Komatsu 830E trucks along with ancillary plant. Total capital expenditure is expected to be A$12 million (US$8.5 million).

The award adds around A$50 million to the existing contract, which has an indicative value of A$230 million over the remaining term to completion in September 2021.

Jules Pemberton, CEO and managing director of NRW Holdings, commented: "The additional fleet represents an expansion of scope in a contract with Coronado Curragh that commenced in 2014 and reflects our continued ability to provide solutions to expand client operations."

Geoff Caton, executive general manager at Golding Contractors, added: "We have worked closely with Coronado's management team in recent months to examine a range of options to maximise value from the Curragh Mine resource. The fleet will commence the mobilisation process during April for commissioning early in FY20."

Curragh back online after contractor death