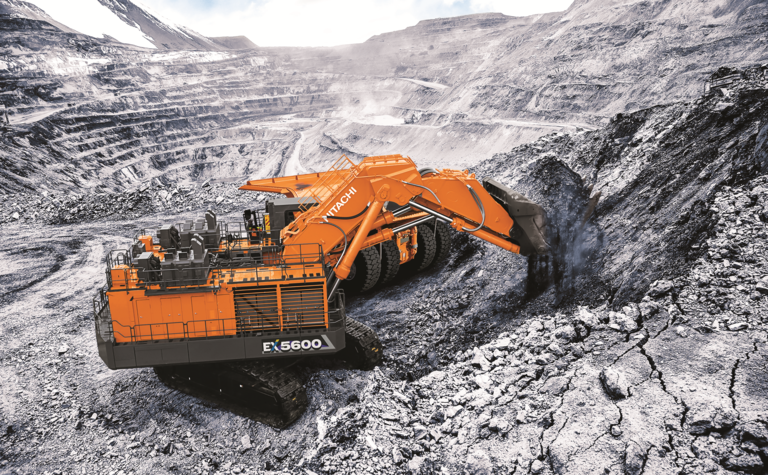 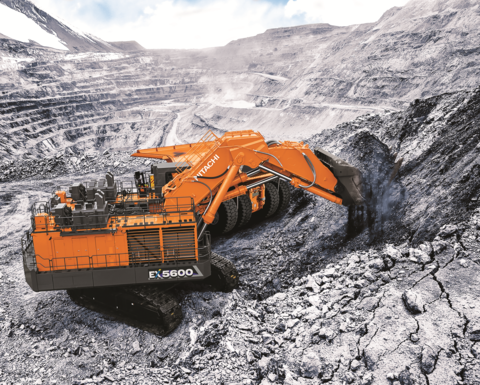 The new EX5600-7 is engineered with Fuel Consumption Optimization technologies

Brian Mace, mining product marketing & applications manager, Hitachi Construction Machinery - Americas, said: "The combination of fuel-saving features on the EX2600-7 and EX5600-7 will help improve our customers' efficiency, while helping them maintain the same productivity levels they have come to expect from the EX-6 Series mining excavators."

The EX2600-7 and EX5600-7 can also reduce power consumption with boom lower circuit regeneration and a large hydraulic oil cooler and fan, which can operate at a lower speed to maintain optimal oil temperature.

Acting on customer input, the company also rearranged the hydraulic hoses from an arched to an underslung configuration, which makes the hoses less prone to deflection due to decreased hose load. Contamination sensors in each main pump help reduce the risk of machine faults and costly downtime by detecting excessive contamination and alerting the operator when needed.

The new machines offer features that strengthen their durability. A pressurised cab bed improves the life of electrical components and controllers by using an air filter to keep out dust and debris, the manufacturer explained. Maintenance is also reduced with a greaseless centre joint that uses available hydraulic oil for lubrication rather than needing grease lubrication.

The EX-7 Series provides the option of AerialAngle, which is works as a 360° vision system. The system assists with noting equipment surroundings through a display monitor that combines a set of images captured by cameras positioned at different locations around the machine.

The EX2600-7 and EX5600-7, manufactured in Japan, will be available to the US, Canadian, Latin American and Brazilian markets. Hitachi said additional EX-7 Series machines will be announced at a later date.

Enhancements include an improved hydraulic system and 30% greater traction force