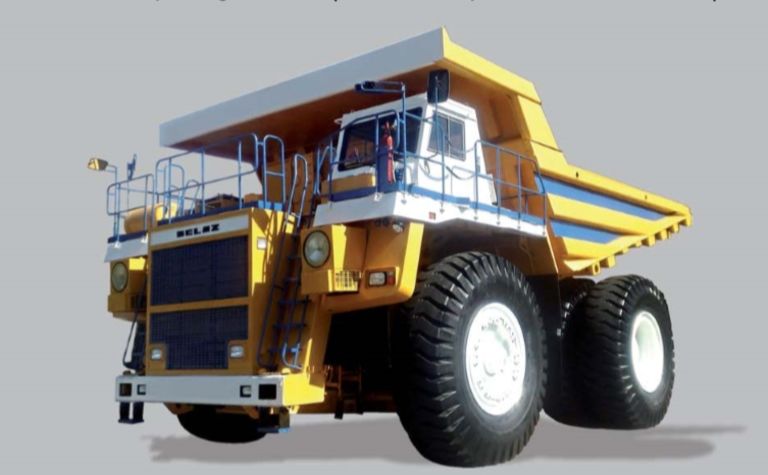 The units, which are based on the Belaz 7513R mine dump truck, is working at the Chernogorsk, Khakassia operation alongside an EKG-8U excavator. The unmanned vehicles have been programmed to move within a designated 1,350m section of the mine while carrying overburden rock.

The trucks are being optimised for the mine's specific geological conditions, which will allow maximum haulage cycle efficiency, and the companies said future plans include operating the autonomous units around the clock. Once in this cycle, it will be repeated without direct human involvement in the process, they added.

Additionally, special algorithms have been developed to allow vehicles to pass one another, permitting the movement of several dump trucks within a single section. Each unit will be able to select the optimal sequence of movements.

"Today we not only need to demonstrate how efficient the robots are, but by deploying modern technologies like artificial intelligence and the internet of things to improve the efficiency of the company's entire production chain," Zyfra Group (VIST parent company) CEO Igor Bogachev said.

VIST Group CEO Dmitry Vladimirov added that testing the driverless dump trucks in a true mining environment is important to the implementation of unmanned extraction and haulage technology.

"We're working on this project together with our technology partners SUEK and Belaz, and I'm confident that the success of the project will be important stage of development for all involved," he said.

The companies noted that, in previous tests, a dump truck was recorded moving continuously for 24 hours at the Belaz test site, and completed 500 process cycles.

Robotised dump trucks are part of the VIST Group Intelligent Mine project, which is developing technologies for fully automated mining extraction and haulage.

Fleet of five trucks has passed inspection of the Chinese Association of Automation.