Boliden doubles down on electrification

Boliden will invest SK300 million (US$30.7 million) to expand an electrified transportation route at the Aitik copper mine in northern Sweden, as well as implementing similar technology at the Kevitsa polymetallic mine in northern Finland 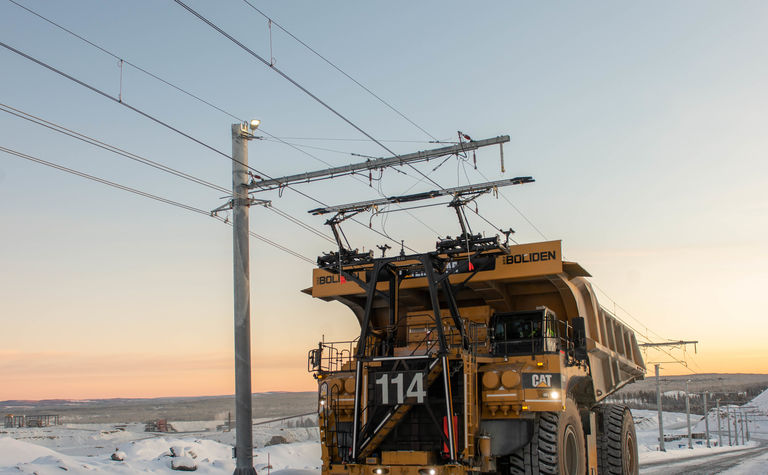 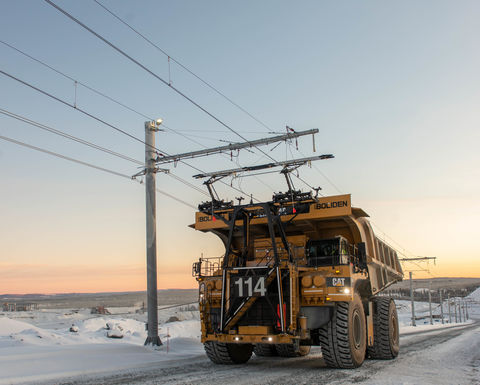 The electric trolley line at the Aitik open-pit mine south of Gällivare in Sweden. Photo: Mats Hillblom

The Swedish miner initiated a pilot project for the electrification of in-pit truck transport at Aitik in 2018. As part of it, the company constructed 700 metres of electric trolley line and converted four mining trucks for the system.

Electrical engineering company Eitech and technology group ABB supplied the electrical infrastructure for the project, while Caterpillar and Cat dealer Pon Equipment were brought in for truck modifications. The Chalmers University of Technology, based in Göteborg, in turn, offered support through its research into the system aspects of electrification.

Electrification by trolley-assist systems is not a new innovation, but the challenges for Aitik lie in the climate of the region. Indeed, according to Boliden, it is now the only mine in an arctic climate where electric trolley technology has been installed.

President and CEO of the Boliden Group Mikael Staffas said the company was now taking further steps to better productivity and the climate impact of the Aitik and Kevitsa open pits.

For Aitik, this comes in the form of a further three kilometres of electric trolley line and another 10 trucks converted for this use. The company expects the plant to reduce greenhouse gas emissions from transportation by 15% over the life of mine

At Kevitsa, Boliden is converting 13 mining trucks and building a 1.8km-long electric trolley line. The GHG reduction over the life of mine could be 9%.

The electric trolley installations are being deployed in stages until 2022, while Boliden is investing SK300 million during 2020-21.

Once the investment is completed, Boliden said the project was calculated to reduce diesel consumption by 5,500 cubic metres per year.

The miner also embarked on the project to boost productivity, with electrically powered trucks able to run at higher speeds.

At this year's CRU World Copper Conference, president of Boliden Mines Stefan Romedahl said the use of trolley-assist in truck haulage could double ramp speed compared to diesel trucks and would create a quieter work environment for operators.

BEV will become the expected industry standard within the next decade