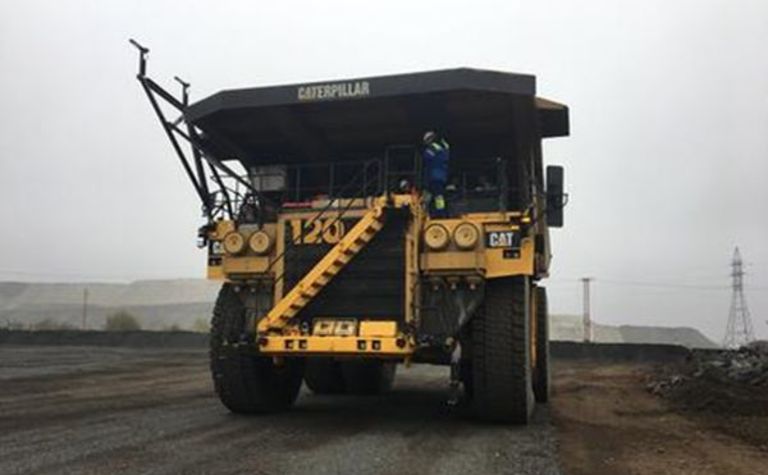 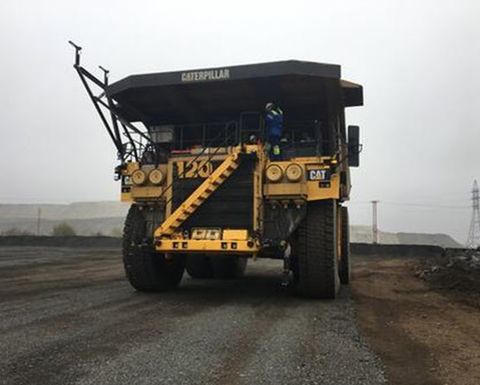 At the FYS complex in Ukraine

The project will include 15 machine over two phases, as market conditions and cash flow allow.

"This project is one of the first major autonomous haulage deployments in eastern Europe," ASI general manager Patrick Held said.

"It represents a major milestone for the accessibility of automation at sites across the world.

"Autonomous mining is no longer a luxury available only to the largest mines."

Initial autonomous hauling testing at the mine was completed on October 21; it involved the conversion and autonomous operation of a Cat 793D haul truck.

Ferrexpo Yeristovo Mining chief miner Alexander Tubaltsev said ASI was selected for the sizable efforts because of its position as a "leading provider of robotics and automation" worldwide, with prior deployment experience.

"Ferrexpo is very proud to be the first to lead this initiative, not only in Ukraine, but also as the first open-pit mine in Europe to do so," he said.

Ferrexpo said it was expecting the autonomous mining fleet to help it realise significant employee safety benefits, including the elimination of fatigue-induced accidents.

"The improved safety benefits will also be complemented by expected improvements in productivity and better control over the quality of the company's ore mix," ASI pointed out.

ASI confirmed that its Mobius Haulage AI would be a crucial component of the project's implementation and operation at the mine. Mobius includes multi-vehicle command-and-control software, and the Mobius Haulage Platform manages autonomous traffic, coordinates manned or unmanned vehicles, and regulates haul cycles.

The companies did not indicate a potential timeline for the completion of the AHS project.

ASI Mining is 34% owned by Epiroc.

According to Swiss-based Ferrexpo, its resource base is one of the largest iron ore deposits in the world. It produced 10.6 million tonnes of pellets in 2018, and last year, it was the third largest exporter of pellets to the global steel industry.