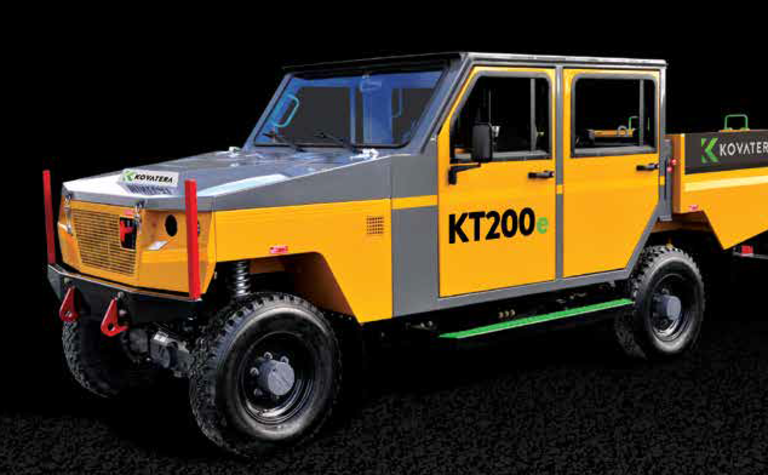 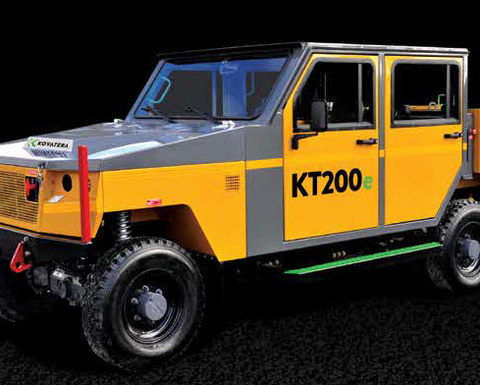 The KT200e is not an adapted, converted or modified vehicle, but rather built from the ground up, Kovatera says

With the release, Sudbury-based Kovatera has responded to an increased demand for electric underground vehicles in the marketplace. In October of last year, when the new brand identity ‘Kovatera' was announced, the company said it was getting ready to roll out a line of electric-powered vehicles.

"An important part of our future growth will be in the supply of alternate energy powered equipment to a marketplace that is increasingly interested in the benefits that these new power sources bring," Kovatera's general manager Will Gove said back then.

According to Gove, the company's success was based on its "philosophy" to build equipment from the ground up to meet the challenges of tough underground working environments.

"And, as with previous models, these utility vehicles offer three times the economic life and twice the payload capacity of other marketplace offerings," he said in a recent release.

In keeping with previous models, the KT200e also offers a range of configurations to meet customer specifications, from personnel carriers to specific job applications such as scissor lifts, aerial booms and other attachments that can be bolted to the chassis.

"A major consideration was to ensure that this electric vehicle's capability matches the requirements of the customer's needs. A major feature of our battery options is to fit vehicles with a standard 44kWh battery," Gove said.

"With this configuration, we can offer customers a battery size and range that fits their needs without additional capital spend. If a longer range is required, we also offer a battery upgrade that doubles that range - giving the customer a range of 50km to 90km between charges."

According to Kovatera, the battery life matches or exceeds the known economic life of the unit at seven to nine years, while charge time from dead flat is approximately 1.5 hours with an additional optional 25kW 600V on-board charger.

"For customers who now use our popular UT99 diesel models, we offer a retrofit kit to economically convert them to electric," Gove said. 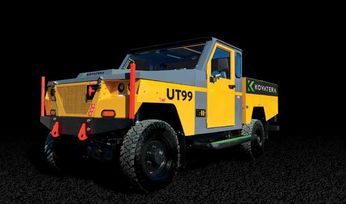 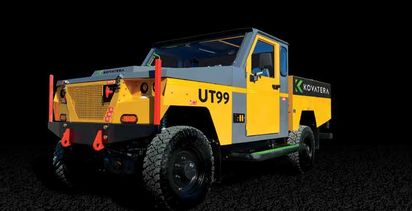