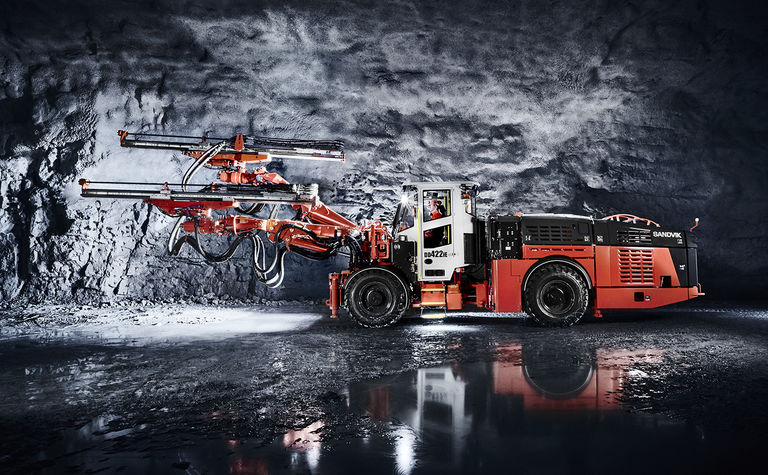 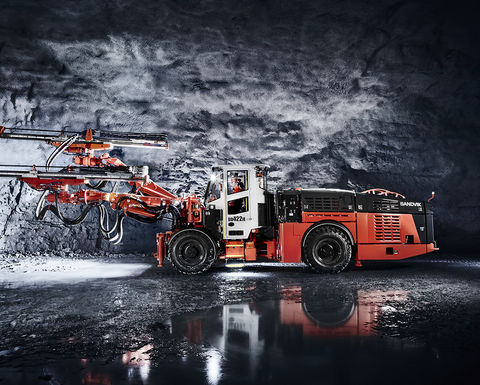 The DD422iE uses an electric driveline

Saltiel Pule, Sandvik Mining and Rock Technology's business line manager for underground drilling in southern Africa, points to the popularity of the company's DD422iE rig, which has been in development for three years, in countries with strict anti-pollution regulations such as Canada.

"The key benefits of the battery concept in underground drill rigs are zero emissions and much less heat, making for safer and healthier working conditions," Pule says. "There are many other advantages to this technology, however, including increased drilling productivity, reduced operating costs and better energy efficiency."

The DD422iE uses an electric driveline, with an electric motor mechanically connected to axles. The rig's power system draws from its batteries during peak loads to generate a 20% increase in drilling power, but there is no waiting time for batteries as they are charged during phases of the drilling cycle when power intake is low.

The rig only needs to be connected to mains power during the actual drilling, at which point the electric motor is connected onto hydraulic pumps.

Pule said going electric can also be a cost-saving exercise. The company offers the rig with rental options for the batteries, make the batteries an operational cost rather than a capital expense.

"The range of indirect savings that customers achieve when they move from diesel to electric includes lower ventilation costs underground, no need for diesel storage and diesel pipelines, and more control over operating costs," Pule says.

The DL422iE is the company's second battery-driven underground drill