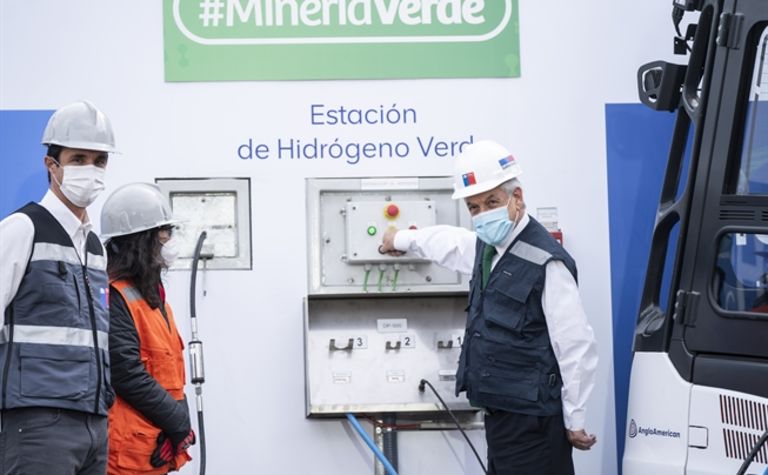 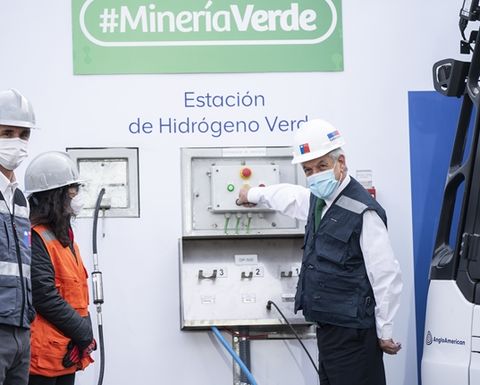 The station will use water from Los Bronces and electricity produced by photovoltaic plants in the commune of Colina to generate green hydrogen.

The power comes from two solar plants built inside Las Tórtolas, one of them installed on a tailings deposit that generates 86 kW; and another that generates 100 kW and uses bifacial technology.

An electrolyser at the station has a production capacity of 2 kg of H2 per day, with the gas dispensed to a small forklift truck.

In addition, the pilot project incorporates a stationary fuel cell, which reinjects energy into the operation's electrical grid

"Chile has a gigantic potential to become a leading country in the world in the production of green hydrogen,"  said the president at the ceremony in Colina, accompanied by the minister of Energy and Mining, Juan Carlos Jobet.

The project is part of the company's Sustainable Mining Plan, which has among its objectives to achieve carbon neutrality in its operations in Chile by 2030.

The Modern Mine aspect of the company's FutureSmart Mining includes a hydrogen truck and plant project. At Mogalakwena, the company plans to launch the first trial of a 300t hydrogen fuel cell truck later this year. A hydrogen plant and solar photovoltaic (PV) installation will be ready at Mogalakwena in the December 2021 quarter; this will be scaled up by 2024, with expected electrolyser capacity above 100MW.

Environmental critics were concerned about the expansion's impact on a glacier