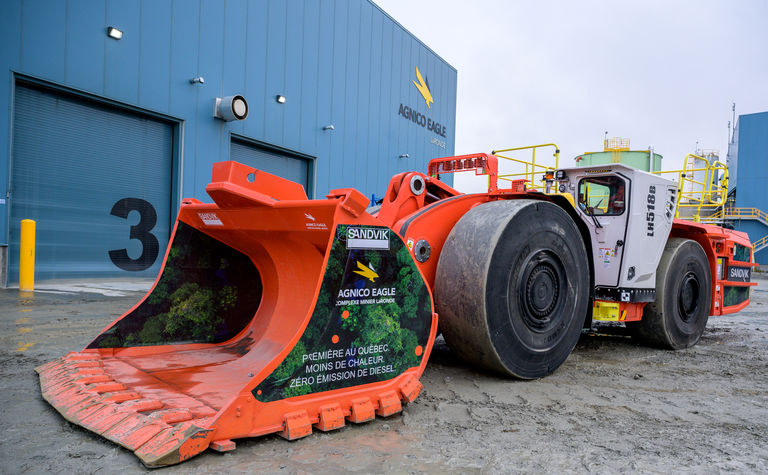 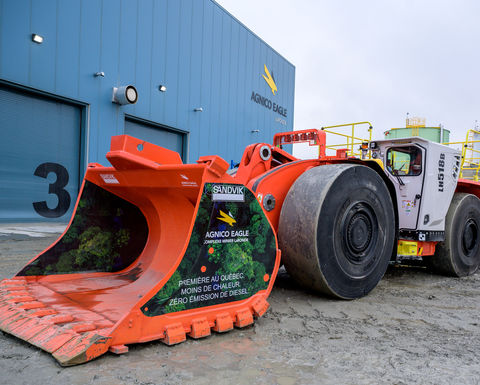 Agnico Eagle will trial the loaders for one year.

It will be the first time a battery electric loader will be tested in Quebec, the company said.

Agnico Eagle will assess the technology as part of a one-year trial. It will be tested at the LZ5 mine in the LaRonde mining complex. The loader has a high-load capacity of 18 tonnes.

The company is also testing the LH518B battery-operated underground loader at its Fosterville gold mine in Australia.

The LH518B has dimensions equivalent to the 14-metric-tonne size class, which allows it to fit into a 4.5 by 4.5 metre tunnel. The loader also has smaller tyres on the rear compared to the front tyres, improving visibility.

As part of the one-year trial, Agnico Eagle will share its experiences with the LH518B and assist with training plans, as well as guidance for mechanical and electrical maintenance for the loaders.

"We are in the very beginning of the process, so everything remains to be developed," Luc Girard, superintendent of mining operations at the LZ5 mine, said.