The International Council on Mining and Metals’ (ICMM) annual safety data report recorded 51 fatalities in 2017, down from 63 fatalities the year before 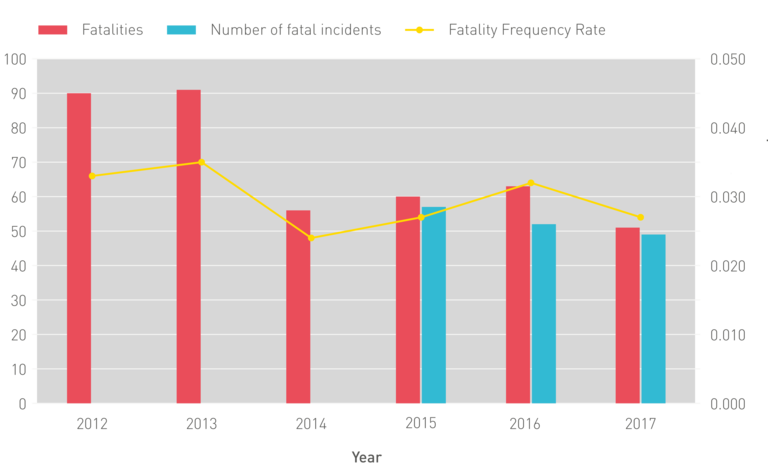 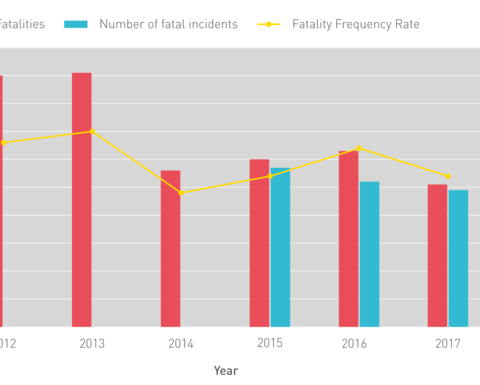 PRESS RELEASE: ICMM's report collates the safety data of around 950,000 workers and contractors from its member companies.

Eight of the 23 ICMM members reported no fatalities in 2017; these were Antofagasta, Goldcorp, JX Nippon, Mitsubishi Materials, Newmont, Polyus, South32 and Teck.

The number of hours worked across ICMM's members dropped by 4%, but taking this into account, fatalities reduced by 15%. There were two incidents which resulted in more than one fatality, a decrease from five incidents in 2016.

Tom Butler, ICMM's CEO, said: "While eight of our members had no fatalities and there were twelve fewer deaths in 2017, tragically 51 miners lost their lives. We shouldn't underestimate the hard work that has been done to reduce fatalities; however, this is still too many and we are determined to achieve our goal of eliminating fatalities in our members' operations."

The report also examines incidents by country and found that 25 fatalities occurred in South Africa, four in Peru and three in Chile and the US. The fatality frequency rate in Africa is 0.040 per million hours worked, 0.031 in Europe, 0.019 in the Americas and 0.013 in Oceania.

The report findings include: