Dewatering underway at Koolan Island mine 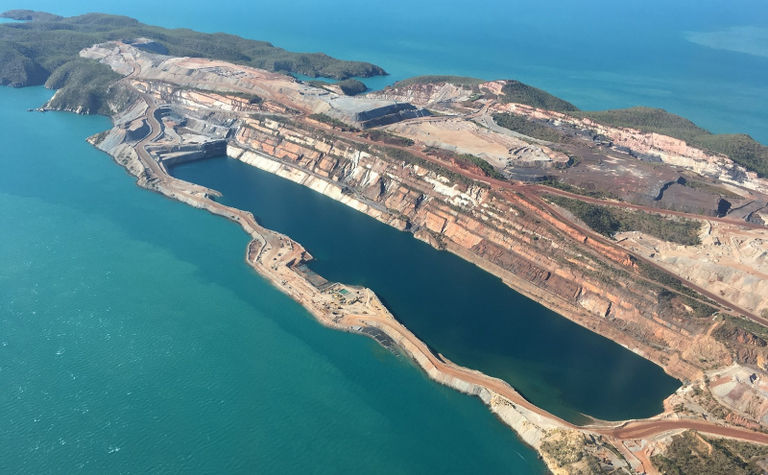 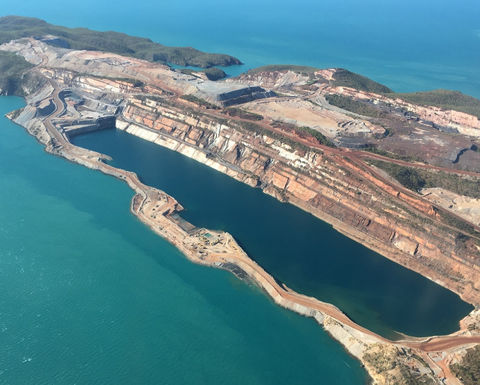 Seawall reconstruction at the Koolan Island mine earlier this year

Large capacity submersible pumps are currently pumping seawater out of the Main Pit at a rate of over 1,500L/s. Dewatering of the Main Pit is scheduled to be complete by the end of December 2018.

The commencement of high-volume dewatering in the Main Pit follows the successful completion of the concrete seepage barrier at the seawall in mid-July. As indicated in the June Quarterly Activities Report, high-volume pumping commenced following a necessary waiting period for curing of the final seepage barrier panels.

Mount Gibson has now entered the final stage of the Koolan Island restart programme, which is on track to achieve first ore sales in the March quarter of 2019.

Mount Gibson Iron stated that once sales commence, Koolan Island will be the highest-grade direct ship haematite mine in Australia, with total ore reserves of 21Mt grading 65.5% Fe, enabling it to fully benefit from the significant widening premium for high grade ores increasingly preferred by Chinese steel makers.

Jim Beyer, CEO of Mount Gibson Iron, said: "Having successfully completed the critical seepage barrier construction stage of the project last month, it is extremely satisfying to have commenced the final key phase in our programme to bring the high grade Koolan Island mine back into production. We are now dewatering at a rate equivalent to emptying an Olympic-sized swimming pool every half hour, keeping us on track to complete dewatering by the end of this year, in line with our plan to commence sales in the March quarter.

"Given the structural change in pricing favouring high grade ores - material over 65% Fe is currently attracting a premium in excess of 33% relative to the 62% Fe benchmark - our high-grade Koolan Island restart project represents an outstanding investment that positions Mount Gibson to generate strong cashflow well into the next decade."