Vale has identified movement at the northern slope of a pit at the Gongo Soco mine in Minas Gerais, Brazil, putting the nearby Sul Superior tailings dam at risk 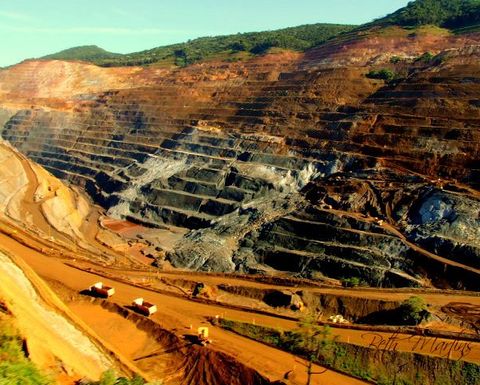 The Gongo Soco mine was closed in 2016

Vale said it immediately informed Brazilian authorities of the situation and has taken measures to update the local community.

The Gongo Soco mine, which was closed in 2016, is located 1.5km from the Sul Superior dam, which has been at alert level 3 since March 22.

"It should be noted that there are no technical elements so far that point towards an eventual slide of the northern slope of the Gongo Soco mine, which could act as a trigger for a breach of the Sul Superior dam," Vale said in a press release.

"Even so, Vale is reinforcing the alert and readiness level for a worst-case breach scenario."

The miner will also keep the local community informed through radio channels and leaflets, in addition to contacting the press, and using social media channels and WhatsApp. An evacuation simulation for the population of Barão de Cocais will take place on Saturday.

Vale also said the pit and dam are being monitored 24 hours a day.

All activities will be fully executed remotely using unmanned equipment from a control centre.