Offering support to the new Bethune mine in Saskatchewan, the first such operation in Canada’s potash belt in nearly half a century, a new potash handling and storage facility is now online at Pacific Coast Terminal’s (PCT) Port Moody terminal in British Columbia 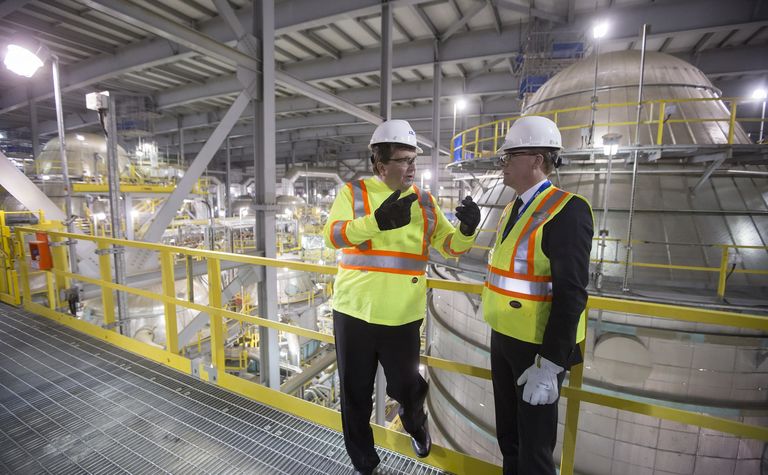 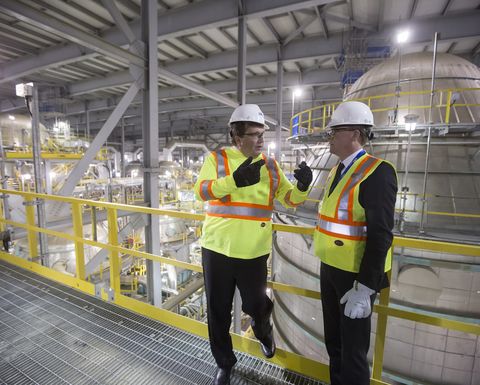 Dr Ulrich Lamp, CEO of KSPC, discusses the new mine with Dr Otto Lose, member of the K+S board of executive directors

PRESS RELEASE: The new state-of-the-art complex by German-based K+S and PCT is the result of a 2014 long-term deal inked by the two with the goal of securing the delivery of Bethune’s product to the international market. The agreement included modifications to an existing facility as well as a new 160,000t capacity potash storage building, a rail unloading area, transfer towers and surface and subsurface conveyors.

“This port facility is essential to the success of our Canadian potash operations,” K+S board chairman Burkhard Lohr said. “In Saskatchewan, we now have access to high-quality resources for generations to come – and from here, in Port Moody, we will deliver our products to customers around the world.”

PCT president and CEO Lorne Friberg said the expansion of the facility will contribute to its operational growth and also to the region.

“Adding potash to our portfolio contributes to the sustainability of PCT, and is key to our strategic positioning,” he said.

The pair said the facility, now in operation, can unload a 18,000t train in just four and a half hours, and crews can load ships with a capacity of 70,000t at the quay. Once it exits Port Moody, export locations include China, southeast Asia, India, Brazil and other global locations.

K+S will oversee the potash sales and distribution from Bethune, which was previously known as the Legacy project. Bethune came online in May and should reach prime capacity of 2Mt/y by the end of this year.