The importance of standing up for women

To mark International Women’s Day, Karen Sobel from WorleyParsons talks about the importance of taking a stand to encourage women in the mining industry 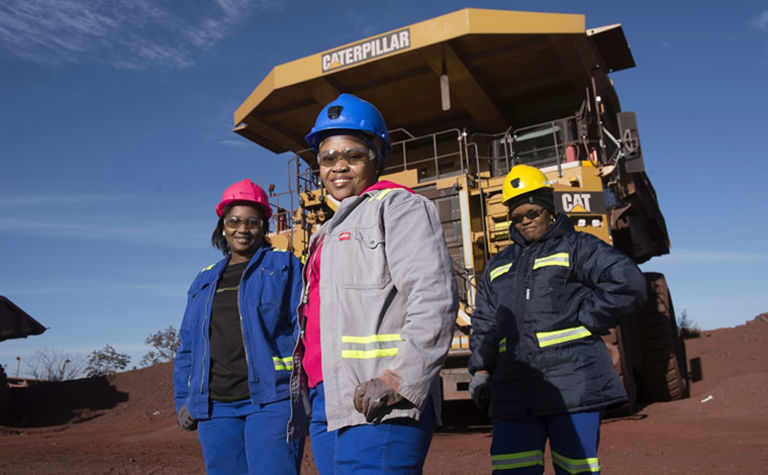 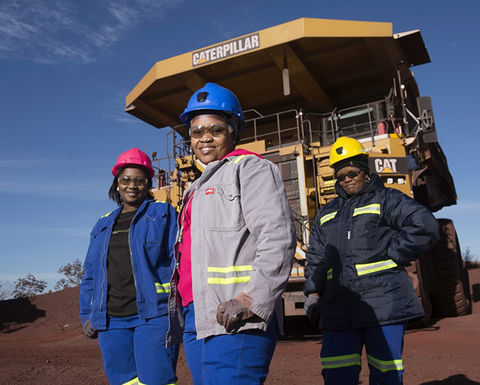 It is important to encourage women in the mining industry. Photo: Anglo American

Sometimes, if you’re lucky, in your professional life, you have a Sliding Doors moment where someone sticks up for you or puts you forward for something that changes your career path.

As a woman, those moments are even more important because it’s often in the context of gender discrimination, whether intentional or not.

For me, that moment came fairly early on in my career as a process engineer in the mining industry. I was already used to being the only woman on site in the ‘man camps’ as they were called. But on this occasion, one of the people from the mining company phoned up my then boss and said: “We think Karen’s great, she’s doing a great job, but we don’t think sending her to the site is right thing to do.”

Rather than agree with him, my boss replied: “I’ll tell you what - we’ll send her there for three months and if it really isn’t working, we will send her back home and you won’t have to pay for any of her time there.” And he said this with complete confidence that given my experience that I would be just fine. And I was. 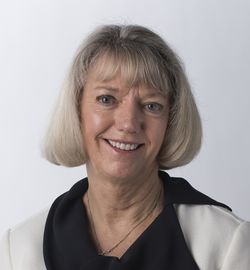 But what was brilliant was that once the project was completed, the person from the mine actually phoned me to say he was sorry he put me through that, but his thought was about me and how I would cope. He then called my boss and requested I work on another project in similar circumstances.

The difference that my boss made by standing up and saying: “I know Karen will do a good job, we trust her to deliver and we’ll back her up,” was phenomenal, and to see the turnaround was amazing, too. Without that, my career could have taken a very different path.

For me, that’s what International Women’s Day is all about. It’s about taking a stand and supporting women and their capabilities. It’s a day that should be celebrated and, while it’s not a fix all, it’s certainly a step in the right direction.

I was lucky in my early career in that I had people who were willing to take that stand for me. However. it wasn’t until I decided to stop travelling and settle in Canada in my first executive role that I really noticed that I was different as a woman in my industry, which was strange because Canada is a really inclusive nation. But it wasn’t the place that made me feel different; it was the fact that I was pretty much the only woman at executive level.

What I would like to see is ways to make it more comfortable for women to take leadership positions. I know of two women who recently turned down promotions because they didn’t feel comfortable with what they would have to do in the role. We need to find a way to change that and stand up for more of those women just like my boss did for me. That’s one of the reasons why I’m involved in the WorleyParsons Sponsor programme. I have two women who I sponsor and I’m proud to be able to stand up for them and support them in their careers.

International Women’s Day should also make us reflect on how much work we still have to do, and not just for women. We should be thinking about how we can be inclusive of all, regardless of gender, race, age, background and sexuality. Maybe it should be renamed International Diversity Day or International Inclusive Day?

It’s not enough for women to talk about it amongst themselves either. We need to make our male counterparts aware of it, too. In her book Lean In, Sheryl Sandberg talks about how women often don’t have the same level of confidence as men. This, sadly, is true, and it takes all of us to point out the great work that women are doing – men included.

As a result I have challenged all of the men in my leadership team to read Sandberg’s book so they can go some way to understanding what it feels like for women in the workplace. Sometimes when you find that amazing nugget of wisdom, it’s worth sharing.

These nuggets of wisdom have certainly helped me in my professional life; and one of the earliest, and most memorable, came from my grandmother. She used to say that if you look at all the conflict in the world, be it at work, school, home, in friendships or politics, it almost always boils down to a miscommunication. And I think about that all the time. It puts me back in my place and makes me ask myself whether I have done a good enough job of communicating my position and also listening to the other person to see where they’re coming from.

So, if people don’t understand the importance of International Women’s Day, it’s up to us to communicate it better.

Karen Sobel is the regional managing director for services in Canada and US East at WorleyParsons, and is a member of the WorleyParsons Group Leadership Team

Senior role models will be needed to grow diversity levels

Global tailings standard highlights the importance of technology for IsoMetrix