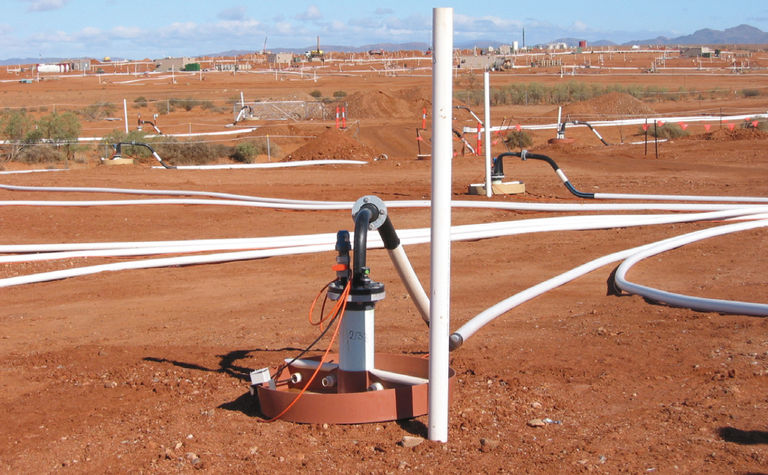 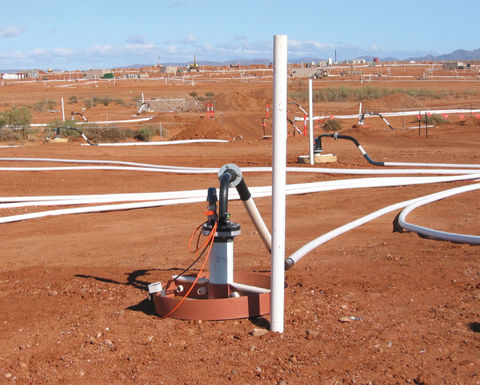 In-situ leaching (ISL), not to be confused with in-situ extraction methods used for oil sands mining such as steam assisted gravity drainage (SAGD), is not a mining technique with which I was well acquainted.

The use of potentially hazardous chemicals such as acids and their interaction with groundwater, plus the fact that the technique takes place entirely below ground, away from human eyes, means that it is often misunderstood (particularly by the public), and subsequently can get a bad rap from the environmentally-conscious general media.

So in order to better understand the process, as well as its benefits and challenges, I sought out an industry expert who could tell it to me straight, and the results were somewhat surprising.

What is in-situ leaching?

ISL works for a variety of minerals, but it is most commonly used to extract uranium, copper and salts. In the past, there have also been attempts to extract gold through ISL. However, these were less successful, mainly because current technology is not yet developed enough to make in-situ extraction of gold more cost efficient than commonly used ex-situ processes.

The idea behind ISL is pretty straightforward. In a nutshell, leaching takes place via a borehole or an injection well through which a leaching solution – the lixiviant – is injected into the mineral deposit. The lixiviant dissolves the mineral and is then pumped to the surface through a recovery well. Once resurfaced, operators can extract the mineral from the solution through hydrometallurgical processes.

Which lixiviant is chosen varies depending on the mineral that a company is looking to win. For salt dissolution, plain water is usually sufficient, while copper extraction usually requires an acid solution, and sodium bicarbonate can be used for uranium extraction.

“At Golder we have been working at the San Miguel mine in Arizona which is a good example of copper extraction using ISL,” explains Popielak.

“Here, sulphuric acids were pumped into the old mine workings to recover copper minerals that were then processed above ground. Copper is usually found in dense rocks, so extraction is often more complicated than with other minerals. Often, the ore requires hydraulic fracturing and  well stimulation with explosives, or other kinds of stimulation such as acidising.”

ISL is not new; it is a well-established method of mining and a process that Popielak describes as “already very mature”.

“In the US, the technique dates back to the 1960s when uranium was first extracted in Wyoming using acids as lixiviants,” he says.

The ISL method is applied widely at mines across the globe. Take uranium mining for example: in the US, ISL accounts for around 90% of recovered uranium, while around 47% of worldwide uranium extraction is carried out this way.

Factors such as the local mineralogy, geology and hydrology regime will determine whether a deposit is favourable for ISL, and this is partly why the method is used in such a diverse set of countries, including: the US, Canada, Australia, across Europe, Uzbekistan, Kazakhstan, Russia, China and Mongolia.

“Successful ISL projects can be found all over the world. From my own experience at Golder, we have a number of examples in Texas, Wyoming, Nebraska, New Mexico and Colorado where mines have been completely restored or are undergoing extraction at the moment,” explains Popielak.

“There are a number of reasons why this method is so popular, but there are two that really stand out. First, the method is relatively cheap compared to more traditional mining methods. In the past, we have seen how much the cost argument works in favour of the ISL method; when uranium prices declined, the use of ISL increased massively.
“Also, with in-situ mining you don’t need a large excavation that can require additional infrastructure, such as transport networks and tailings ponds and all the expenditure that comes with it. All in all, the ISL method costs only a fraction of the expense demanded by conventional mining.”

Secondly, and somewhat surprisingly, when extraction and monitoring are carried out properly, the adverse environmental effects of ISL are much less significant than those of other more conventional forms of mining. This is a particularly important factor when considering the post-mining, site decommissioning phase.

Worker safety is considerably improved due to less exposure to heavy machinery, geotechnical endangerment including, for example, the instability of open-pit walls, re-routing drainage around the mine or rock control in underground excavations, and minimal dust and radon emissions.

Other advantages include the fact that in-situ mining allows the extraction of minerals that lie at great depths and in deposits that are too thin for other mining processes. And when it comes to mining equipment, the shopping list is usually quite short. An ISL operation primarily requires drill rigs and a range of supporting machinery, such as cranes and backhoe loaders, which are easy to obtain and relatively inexpensive.

One of the great benefits of ISL is that mining permits are often easier to obtain than with other extraction methods, and this is mainly due to the lesser environmental effects. “Our experience shows that it usually takes no more than a few years to have everything ready to begin mining,” comments Popielak.

“The chemicals involved do not normally present a problem when getting permits. The ISL technique pumps more water out of a mine than it injects into it and chemicals will therefore not migrate to neighbouring areas of an aquifer.

“Instead, upon termination of mining and at the decommissioning stage, the surrounding groundwater is used to wash out the affected parts of the deposit to ensure the reestablishment of the area to pre-mining conditions.”

The timeline for ISL projects is also much shorter than with other mining techniques; the permitting process is much quicker, and the usual lifetime of an extracting well amounts to only three years, with up to 60% of extraction taking place within the first year.

The biggest task comes at the decommissioning stage, and involves the restoration of affected groundwater. However, past projects have shown that a complete re-establishment of initial groundwater conditions is achievable.

“At a project in Kazakhstan for example, we have seen a reduction of chemicals in the affected water by 50% after just four years. After 12 years, conditions in the ground were completely restored,” states Popielak.

Although the environmental impact of an ISL operation is usually less than with other mining techniques, the scale of the environmental challenges facing each mine can vary quite significantly. These depend mainly on three factors: the mineralogy, the chemistry of the lixiviant and the geological conditions.

It is of paramount importance that no lixiviant enters areas of aquifer outside the zone of mineralisation during the injection and recovery operation. If a migration occurs, corrective measures in the form of pumping from strategically located wells must commence immediately and must continue until the excursion of lixiviant is curtailed.

Popielak says: “The main environmental challenge after such a project is the restoration of the affected groundwater. In the US, you need to reduce the chemicals in the water to the standard they were at prior to the mining activity. This is done by pumping the affected water out of the wells, allowing clean water to enter the mine.
“This process can be accelerated by simultaneously injecting clean water through other wells. As a rule of thumb, only 10-20 times the aquifer pore volume that has been in contact with the lixiviant needs to be recycled.”

Once the underground restoration is completed successfully, surface restoration begins and the land is returned to its previous use. This process is generally much easier than with other common forms of mining, such as open-pit operations.

While the ISL method is well established, the technology used is constantly evolving and improving. “Over the past few years we have seen some major steps forward, especially in the digital monitoring and automation of well fields and technical improvements of the wells themselves,” says Popielak.

Innovative solutions that help to shorten the restoration timeframe can be the key to operating an in-situ mine more cost-efficiently. Various projects in recent years have demonstrated that the restoration process can be significantly accelerated by changing the way in which the boreholes are arranged; restoration is much faster if the wells are situated closely together, and it is also more effective when previous injection wells are turned into pumping ones and vice versa. Furthermore, the injection of water that has been purified through reverse osmosis can speed up the process of aquifer restoration.

Regulatory arrangements worldwide have also become more pragmatic, allowing more site-specific factors to be considered when it comes to the permitting process. For example, if the aquifer restoration efforts demonstrate that attaining the prescribed target concentration is not practical, relaxed standards - so called Alternate Concentration Limits - may be considered.

“I am wondering what changes we will see in the near future regarding gold mining. So far, there is no economic incentive for producers to push ahead with this,” says Popielak. “But don’t underestimate the rapid progression of technology, and do not forget the immense increase in gold prices that we have seen in recent years. I, for one, am looking forward to what the future holds.”