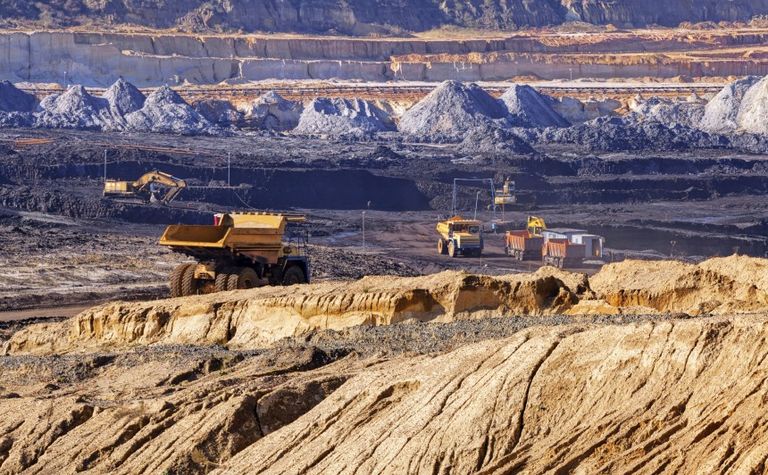 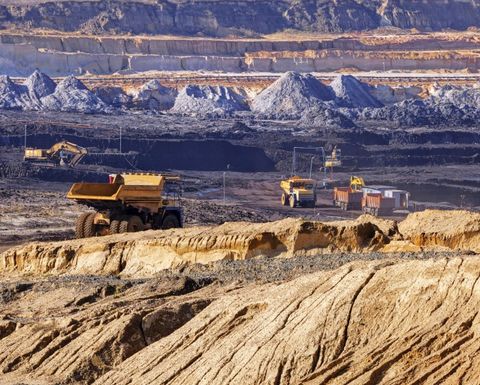 And the fourth, Liebherr, is supposedly engaging with Hexagon on what the pair would be like to call ‘mutually beneficial’ opportunities.

US-based Joy Global, among the world’s top mining equipment manufacturers and suppliers, doesn’t have surface trucks in its catalogue and apparently not either the will currently to acquire Liebherr’s mining business.

Hexagon continues to win significant FMS contracts with its Leica Jigsaw product suite, and is building out a fuller fleet control, guidance and other media (safety, surveying and mapping, drilling) integrated offering via internal and external alliances. The latter includes a new partnership with Jon Peck’s respected Peck Tech firm.

The few surface-mine autonomous vehicle fleets (trucks) currently deployed in the world have proprietary manufacturer provided control and supervisory systems in place. However, many feel so-called “open access” control and supervisory systems covering mobile equipment, but also everything from material (consumables to stockpiles) to mine personnel management, and other operating assets such as fixed plant and infrastructure, will help mine owners maximise their own mine-asset performance IP, and investment returns on enterprise-level software and IT generally, in the future.

One of the people on the ground, literally, when the “GPS-led [FMS] race” really got started in the 1990s, Haydn Roberts, is not alone in his belief that the data being generated by modern fleet and mine control systems – and certainly how the data is being presented, analysed and used to improve decision making, and production and asset optimisation – will come to be the key driver of any mine-automation revolution.

“We’ve got more data out there than ever before,” Roberts, Hexagon Mining’s chief operating officer, said at the company’s annual Hexagon Live customer event in Las Vegas, USA, this month.

“Big data has been with us for a long time, but it’s even got bigger.

“I would argue the FMS is now mission critical practice. If you’re a tier-one mine you’re going to have a FMS.”

A challenge was with many other monitoring and sensing systems that had sprung up over time “that have been developed to solve specific problems and issues on a mine site”, Roberts said. “I’m talking about safety, or fuel and tyre management, slope stability, machine guidance and maintenance. Many solutions have been developed … for discrete problems, but they’re also not all linked and are feeding to disparate databases.

“And they’re [different systems] not all really playing well together. There is quite a bit of proprietary-ness out there.

Hexagon Mining is working on both adding to the information flow captured by, and ultimately interrogated by new-generation ‘smart’ supervisory platforms, but also redefining the digital mine-management landscape.

“Before we’ve had to bootstrap a lot of the stuff ourselves. Jigsaw, for example, had to come up with their own database structure that they put onto vehicles; had to come up with a new scripting language to be able to do the right kind of UIs (user interfaces); and really had to build as much as possible themselves.

“However, within Hexagon we have access to this plethora of really quite interesting technology.

“One that we’ve been playing with in fleet management is a product called GeoMedia from Intergraph [part of Hexagon Geospatial]. GeoMedia is a GIS application that gives you position and geographic information about items in 3-D space.

“I’ve spoken about terrain not being embedded into fleet management: this is our approach to embedding terrain [data management] in the heart of fleet management, where you’re optimising tonnes, hours, grade … and soon accurate terrain measurement as well.

“With this kind of product you can start to look at terrain in 3-D, in real-time, coming from sensors in the field, or from your fleet in the field, and start to manage, again, the tonnes, and hours, and grade.

“The product comes with scripting language you use to script-in workflow. So if you wanted to calculate volumetrics coming from a shovel dig-line you wouldn’t have to send that to, say, a mine planning or survey system, you could do it from within GeoMedia by running a script that basically has the dig-line coming in in real-time, to calculate the volume. How does it do that? Well, it’s a GIS product – it comes with those kinds of tools enabled inside.

“If we had to write that from first principles it would have taken quite a bit of time. Not with Hexagon.

“So we’re going to embed GIS – GeoMedia – into the heart of fleet management. That brings terrain together with time, tonnes and grade. It also gives you this ability to script the workflow, and the ability to do hotspot mapping.

“The other thing it’s going to do is enable us to bring in 3-D terrain plans from mine planning, from [Hexagon Mining] MineSight, so for the first time we’ll actually be able to have real-time, updated mine plans that can be sent down to the vehicles in the pit.

“This all leads us to LIVEterrain. Terrain has always been something that’s been outside of the fleet management realm, but there is an absolute hoard of sensors in the open pit – radar, LIDAR, total stations, the actual equipment itself running around … there is a lot of information coming in now, but it’s not part of a one-database sort of approach.

“We’ve been talking to our colleagues in Hexagon, the high-definition scanning guys, and we’re basically going to bring some technology over, from Intergraph again, called Apollo, and build around that … this real-time terrain model that allows then for this sensor information to come in, it’s going to be scripted, checked for quality, and deposited into this database, for access by FMS [and] mine planning systems.

“And that system is going to be an open standard because that’s a key part of what we’re trying to do now with Hexagon is bring open standards to the table.”

Another project was aimed at bringing sensor fusion into the LIVEterrain model.

Hexagon Mining president Helio Samora said in Las Vegas while LIVEterrain would be “unique in the industry”, the company’s “bigger vision” was LIVEmine.

“Intelligence is what will drive autonomy [optimisation and productivity improvement].”

Roberts said while “we may not see autonomous mines spring up everywhere … we believe semi-autonomous is going to be a very strong area for us that we need to be growing in”.

“We have certain strengths that I think we can bring to the table, certainly on the fleet management and supervisory side, for autonomous and semi-autonomous; around sensors and sensor fusion, and terrain management – all those elements we have and are strong at.

“But we see it as a hybrid approach to doing autonomous. We’re going to have some core technologies that we can bring to the table, and work with another vendor … or a truck manufacturer, to put a full autonomous solution in, but also over time build up our semi-autonomous capability.

“Will we have a full autonomous solution that we develop from the ground up by ourselves? I think not. I think it’s going to be a blend of partnering, and an acquisition potentially in robotics, but also then working with some of our core technologies that we have in construction, agriculture, and in mining.”