Children in Chile working on a new design for the giant Chuquicamata copper mine using the Minecraft computer game may one day end up working for a mining company such as Codelco, or a leading global consulting firm like Snowden. The latter sees an intriguing future for Microsoft Hololens technology that could soon transform the popular kid’s game. 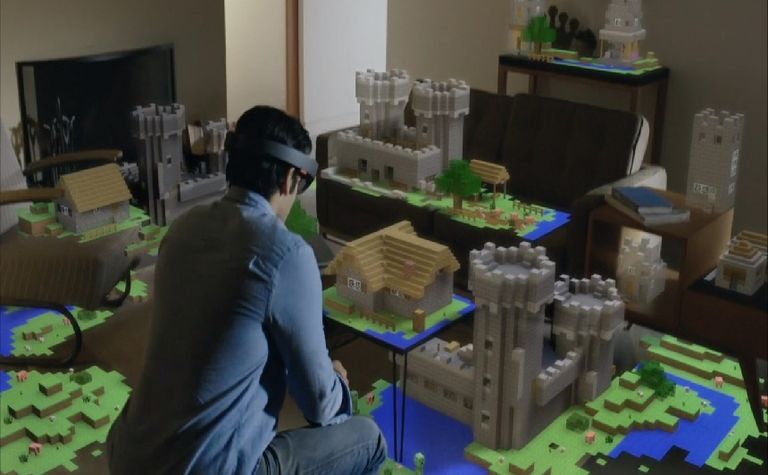 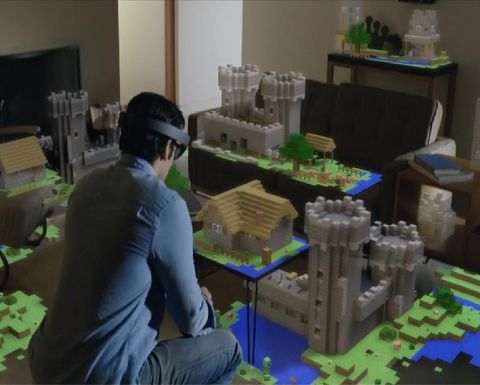 Codelco has just announced a collaboration with Microsoft on a contest to see who can design the best Chuquicamata underground mine using Minecraft. Winners will be announced in June.

Codelco is spending US$3.83 billion converting Chuquicamata from surface mining to underground, by the end of 2019.

Oscar Landerretche, chairman of the world’s biggest copper producer, said the event could expose “thousands of children and young Chileans” to the mining industry. And general manager of Microsoft Chile, Oliver Flögel added: “Today more than ever we need to engage new generations in the importance of the mining industry in the country’s development”.

And expose them to Minecraft.

Microsoft bought Swedish programmer Markus Persson’s ‘sandbox video game’ – developed and published by Mojang – for a cool $2.5 billion in 2014. It is said to have more than 100 million registered users who play Minecraft on any game console, mobile devices, and Windows.

Microsoft and Mojang have continued working together on a version of Minecraft that will use Microsoft’s HoloLens virtual reality headset to cast the user into an immersive game environment.

Grey Properjohn, previously software development manager at Snowden and now working at Vix Technology, said HoloLens took “the maligned Google Glass project, combines it with the coolness of the Oculus Rift, the technology from Microsoft’s Kinect motion sensor, and a new holographic processing unit to provide a fascinating glimpse into the future of augmented reality – or mixed reality in Microsoft parlance”.

“Early prototypes of the HoloLens are impressive. It seamlessly blends the virtual 3D content with the physical world, allows users to view, control, and interact with the content using their hands and voice. With examples ranging from building Minecraft worlds on walls and table tops (see image above), to NASA’s Sidekick project that sees the adoption of the HoloLens in the International Space Station providing astronauts with virtual assistance from earth, the future of mixed reality looks to be just as bright in the hands of teenagers as with professionals in the office – or space, as it were.”

What impact could the HoloLens technology have on the mining industry and on those involved in providing innovative solutions to its challenges?

Properjohn wrote in a newsletter that it was “clear to see that the ability to mix virtual content with reality will provide countless opportunities to improve operational safety and efficiency as well as bringing the corporate offices even closer to the operations on the ground by connecting people in ways never imagined before”.

“Imagine for example, standing in an underground development heading and becoming visually aware of all the adjacent headings, stopes and declines in the immediate vicinity, or being able to virtualise the trends in ground features like fault-zones or stress-zones ahead of the current development heading.

“Extend this to drilling from underground and you can virtually eliminate the potential to inadvertently intersect other existing openings.

“Application to openpits also sees similar benefits.  The assessment of mining an openpit through underground workings takes on new meaning if you could actually ‘see’ the workings. The safety implications of such vision are clear. Indeed, even from an office environment, users can be fully immersed in the underground operation tracking the locations of all people and assets within the mine in real-time.”

Properjohn said the technology would provide new opportunities for resource geologists and engineers to ground-truth their models and plans – literally by standing on a bench in a pit and visualising the block model beneath their feet to see the latest grade control drilling results.

“Or, take the existing world of the traditional borehole logs and core image analysis,” he wrote.

“Rather than simply viewing a 2D representation of the logs – or even a 3D view – on a monitor or paper, think about being able to physically “lift” the core from ground and see the geology, geophysics and imagery overlaid on a 3D representation of the hole in its physical location, with the relative geology of all other boreholes in the vicinity.

“The potential is amazing and set to revolutionise, if not redefine, current thinking.

“One interesting aspect of the HoloLens is its acute awareness of the physical world around it. Imagine looking at a stockpile, not only could you visualise its genealogy on top of it but with HoloLens’ Spatial Mapping, it could generate a mesh over the stockpile and undertake a survey in real-time, by simply walking around and looking at it.”

Away from the mine itself, remote operating centres were already becoming a reality and demonstrating significant efficiencies to operations.

“Imagine enhancing the efficiency by being able to communicate with people on site, not only using voice – using Skype’s built in real-time translations so they don’t even need to speak the same language – but actually seeing what they’re seeing on site and interacting with them as they undertake their work,” Properjohn said.

“This could be as simple as providing geological assistance when logging core samples or assisting with specific maintenance operations. Microsoft’s proof of concept provides remote assistance in installing a light switch.

“The opportunities are limitless considering the remoteness of the operations we’re used to dealing with.”

Properjohn said it was clear that with the impressive list of corporate partners already signed up with Microsoft on the HoloLens project, including the likes of Trimble, Autodesk and NASA, that the technology was destined to be “much more than a gimmicky fad headed for the technological junk pile”.

“If the early prototypes are anything to go by, this could be the one technology that inspires not just us propeller heads to stand up and take notice but the engineers and geologists of the world as well.”

And perhaps now the next generation of industry professionals, too.