What's impacting productivity in your operation?

As mining companies look for ways to increase the productivity of machines, processes and people, they’re increasingly turning to technology to deliver maximum bang for the buck. 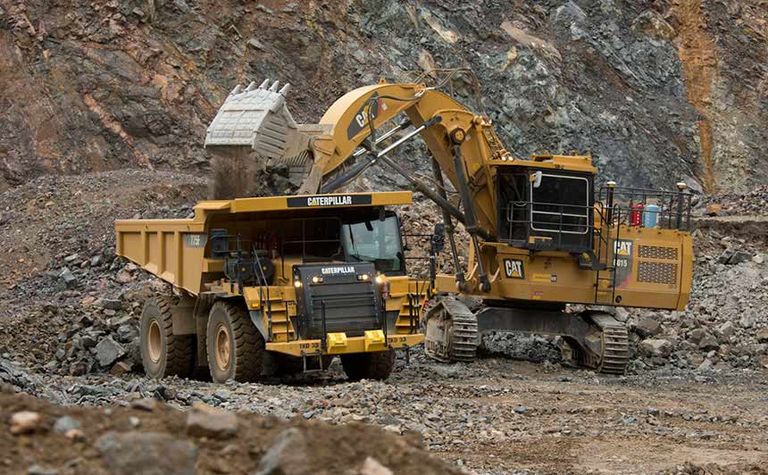 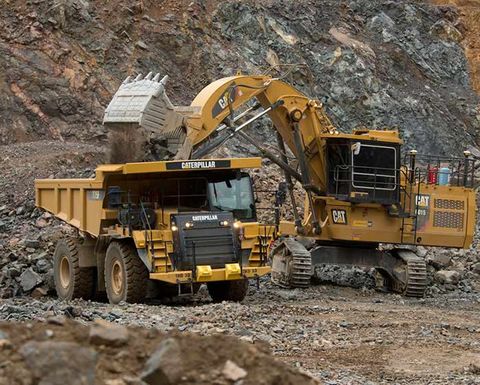 In today’s mining industry, companies are always on the lookout for new ways to lower costs and improve the bottom line. Over the last several years, mining companies have had to take a closer look at their operations and find ways to work more efficiently in order to keep operations profitable.

As the mining industry has discovered in recent years, cyclical does not always mean predictable. Today’s mines are focused on being lean and pulling more from the same capital resources. Gone are the days of throwing money at a process until productivity increases — an approach that ultimately raises long-term costs. The industry instead is attempting to make existing assets work smarter to reduce overall costs to produce. Every dollar invested must show returns, and those returns are often expected on a short timeframe.

“Large mining companies are shifting their focus to using every asset to its full potential, strategically allocating their capital reserves to maintain investor confidence,” says consultant Randy Schoepke, a consultant in Caterpillar’s Mining Technology Enabled Solutions organization. “There has been significant turnover in the top management of many major mining companies as they restructure to better suit this new approach.”

To get a better picture of the kind of returns customers are expecting to see, Schoepke illustrates a real Caterpillar customer’s situation.

“We collaborated with a company in Latin America to reduce the cost of drilling operations. Working with both the customer and the local Cat® dealer, we helped the site with a trial run of Cat MineStar™ Terrain for drilling, demonstrating the value of the technology and its impact on productivity,” he says.

During the two-month trial, this site saw a 30 percent increase in machine utilization. “Terrain enabled the drills to operate at night, opening up an entirely new shift,” Schoepke says. “Guidance replaced the need to survey before laying out the drill pattern, which was previously impossible due to survey restrictions on the night shift.”

Depth accuracy also improved, which resulted in about a 5 percent reduction in cost per hole when combined with the elimination of survey supplies. Other benefits of this system have yet to be quantified: Reduced consumable costs, the effect of improved fragmentation on downstream operations, reduced survey costs and more. In addition, the 30 percent increase in night-time utilization could easily offset the decision to purchase another drill in the future.

Based solely on the initial cost savings, the site determined that the system would pay for itself in just 18 months. “From that point on, everything is direct ongoing cost reduction — and a solid ROI,” says Schoepke, who predicts continued good results as more information becomes available.

The efficient use of existing mining equipment can help sites quickly increase productivity and lower costs. The first step in accomplishing that goal is to understand how a machine’s time is used during a shift in order to measure and improve productivity. A time model can help operations better understand the breakdown of effective machine usage and downtime.

Schoepke shares another real example: an underground gold mine in Canada that asked Caterpillar to help them leverage technology to improve equipment utilization and availability. The project quickly identified a few key areas for immediate improvement, such as cycle time, shift change, smoke-out time (the time it takes to get back to work after a blast) and operator-induced maintenance events.

“We evaluated their cycles and processes to find areas where cycle times could be reduced,” says Schoepke. The mine is an open stope application, where remote mucking is common and there is a significant amount of time spent transitioning between manned and remote operation in response to unsupported roof conditions at the stope. “We found that by eliminating these transitions, we could improve cycle times by 35 percent.”

Technology also created an opportunity to reduce the amount of time lost to shift change. Traditionally, shift change was a two-hour transition by the time operators rode the lift to and from the operating level. “We proposed locating the operator on the surface to eliminate the transit time and essentially hot-seat the shift change,” Schoepke says. “So we could easily cut this two-hour time in half while still allowing time for a machine walkaround performed by someone else underground.”

Relocating the operator would also solve the issue of downtime after blasts. “Downtime due to air quality is not a limitation of the machine, so we proposed putting a machine to work remotely,” Schoepke says. “With no operator present, a machine can enter a blast zone as soon as the dust has settled, cutting that downtime in half.”

The project also found that technology could help this site reduce downtime from operator-induced maintenance events. “No matter how experienced the operator is, there will be drive-wall impacts and maintenance issues,” says Schoepke. “The customer agreed that we could squeeze out another 10 percent or so because of our exclusive technology, which prevents drive-wall impacts and reduces unplanned downtime.”

The recommended improvements for this site add up to an additional 272 tonnes (300 tons) of material per machine per day in production for this underground gold mine.

Schoepke recalls a similar opportunity with an Australian customer who was also trying to improve the utilization of their hauling fleet.

The team used a one-month sample of data to establish a performance baseline. In phase one of the proposed project, the team focused on improving effectiveness of the hauling fleet in operation—without all of the delay time included. Recognizing the opportunity for some quick, easy changes that could significantly improve productivity, the site set a goal of 20 percent above baseline for flat haul/calendar hour improvement.

“There was clearly too much non-productive time in the truck cycle,” says Schoepke. “By focusing on hang time, queuing time and travel-empty time, while increasing travel-loaded time, the team exceeded the goal of 20 percent and brought the maximum improvement to just over 26 percent.”

Once that phase was complete, the team moved on to delay time. Leveling off the first- and last-hour tons by raising then 20 to 50 percent contributed to an overall improvement of an additional 5 percent over the course of the whole shift.

“This project is a good example of our customer, our dealer — WesTrac in this case — and Caterpilllar coming together to use change management along with some best practices to smash that 20 percent productivity goal,” says Schoepke. “With active management of situational changes, our customer has shown that not only can they sustain this progress, but also that they can continue to improve their productivity even after our team has left the site.”

There’s no argument that data is essential in order to make actionable decisions. In addition to helping sites understand machine performance, that data can also be used to identify when an operator’s performance is impacting the bottom line.
Operator performance is typically measured by evaluating those things that operators have control over, and then providing feedback to help them improve on those activities. Cloud Peak Energy’s Jim Long says his organization typically learns more from a good shift than a poor one.

“Generally when we have a bad shift it comes from some external source — equipment goes down, weather, things that just aren’t controllable,” says Long, Cloud Peak’s mine monitoring and control manager. “But when you have a good shift, you need to really ask yourself, ‘What was the cause? What was the effect? What did I do right today?’ ”

Long stresses the importance of having data in order to identify the need for improvements. “No one likes to hear that they had poor performance, but everybody wants to be a high performer,” he says. “It’s important to share so that they can improve. Sometimes it’s just a training aspect that they need. Other times they just need to increase their performance. But they can’t fix what they don’t know.”

Schoepke says it’s important to remember that performance feedback should never be a strictly negative experience. Data on operator performance will also identify situations when they perform exceptionally well. Sites are encouraged to share this feedback to improve employee morale and drive operators to be even better.

Improving operator performance is a challenge worth tackling, as operators can have a significant impact on throughput. A study on payload to target-payload from an iron ore mine in Australia clearly showed an opportunity for shovel operator training to improve payload accuracy. “The operators were trained on bucket fill and proper use of the available onboard information,” says Schoepke.

“Setting up the bucket histogram window gave the operators visibility to the bucket weights against the target weights.”

The results were significant. By simply tightening the payload curve by 6 percent using training and onboard information, the customer was able to move 146 000 additional tonnes (161,000 additional tons) every month.

“Having expert operators who have honed their skills means you have more valuable employees who can train other operators and who have credibility with their peers,” says Schoepke.

Gathering Information Is Just The Beginning

One of the most important things to remember when evaluating operations is the importance of information. “It is difficult to improve what you can’t effectively measure,” says Schoepke. “Data plays a key role in helping us understand everything from performance to utilization to operator skill.”

But data is only part of the solution. “We have many customers who are data-rich and who are struggling to turn that data into meaningful information and insights to make effective decisions. That’s where expertise comes in. By leveraging the knowledge and experience of employees and dealers working in all kinds of applications all over the world, we’re better able to help you use technologies to turn your data into a concrete plan for improvement.”

Join us to learn how you can optimize your mining operation and achieve better uptime and efficiency...

One simple solution to optimize your underground operation

Below the Surface: 3 Ways to Close the Gap Between Planning and Operations