Rio Tinto Iron Ore boss Andrew Harding has thrown down the challenge to entrepreneurs, government and academia to create a more vibrant, high-profile ‘innovation ecosystem’ in the backyard of one of the mining world’s biggest investors in technology and innovation (that is, RIIO). 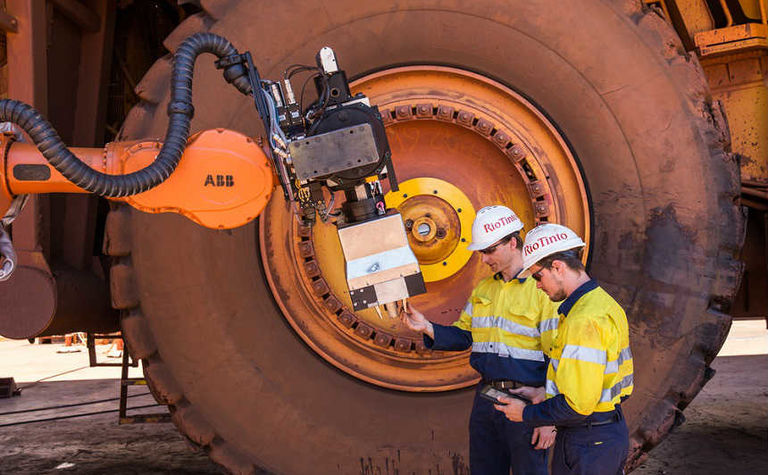 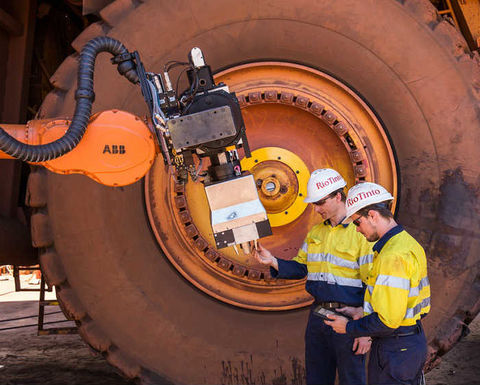 Speaking at the launch of Austmine 2017 in Perth, Western Australia, Harding said not only mining but the WA and Australian economies generally faced major challenges in the form of volatile commodity prices and Chinese demand for iron ore and other minerals, competitiveness pressures around labour and skills, investor and community engagement, and uncertainties linked to vital resources such as water and energy.

“It seems to me countries that are known for innovation have a sense of urgency for solving their problems. It’s often due to necessity,” Harding told a large gathering of members of Austmine, Australia’s main METS (mining equipment, technology and service companies) body.

“For example in Israel the water required for agriculture and horticulture [was a problem]. I pose the question as to whether Australia, with its history of peace, stability and relative prosperity, has ever really been forced [into the same position of] necessity and needing to set about finding the solutions.

“As you will already know, there are many imperatives for the mining sector to innovate. These are both real and necessary.

“We must make our workplaces safer for our people. Innovation is helping us do that. Global competition is also getting tougher as markets remain volatile. Shareholders are looking for greater returns. And local communities and governments are rightly expected us to do more in cultural understanding and continuous improvement in our social and environmental performance.

“The use of technology is obviously increasing right across the globe at a supercharged rate. We need to take charge and increase our efforts to integrate digital technologies into our day-to-day operating environment, because if we don’t we will be left behind by many of our global competitors.”

Harding said RTIO was leading the group innovation and technology investment charge, building a unique remote operations centre at the Perth airport, with 400 employees charged with overseeing operation of the iron ore producer’s 15 mines, 1700km-rail logistics chain, and four export port facilities. The division had just commissioned two more autonomous mine trucks to take the autonomous fleet to 73 of 360 units working in WA’s Pilbara region. With the broader Rio Tinto technology and innovation group, RTIO had established a global ‘ecosystem’ of suppliers, researchers, and education institutions, through which it was striving to turn the best ideas into value-adding business changers.

“But the Australian innovation ecosystem is growing by the day. The opportunities in innovation, including the growth of human capital and capability, are alive and well in more established industries such as mining, particularly here in WA.

“But I also think more needs to be done in Australia to [encourage] the efforts of researchers and entrepreneurs who are driving ongoing innovation. Let’s start with our local ecosystem in WA, and work on creating a network effect that promotes WA as a location where you find a critical mass of innovators, research scientists and venture capitalists working together.

“If there is a network here already, it is hard to find.”

(This was an interesting comment in view of the fact that WA has produced a high number of Australia’s METS companies, including internationally positioned technology companies, generating billions of dollars a year of offshore revenues).

“In the past we’ve seen governments put funding into select projects or technologies with the aim of generating commercial outcomes in those areas,” Harding said. “The evidence would suggest you get some bang for your buck from this approach. But you don’t get the multiplier effect that you get from a Silicon Valley or a Tel Aviv where you have the drive from people starting up their own businesses, taking their own risks, and actually trying to solve problems.

“In my view it’s not the role of government to pick winners when it comes to innovation. It is their role to help create the ecosystem, or systems, that encourage people to take risks and invest in innovate ideas, either existing businesses or start-ups.

“This can be done by investing in enablers such as education, science and research, providing infrastructure, and incentivising business investment. To be globally competitive Australia needs leadership and commitment at the highest level, and a championing of innovation and technology that extends beyond partisan boundaries and political cycles.

“But industry can’t sit back and wait for the government to act, either. We also have an important role to help shape a culture of collaboration and creativity. We need to be working closely with government and collaborating with purpose. We also need to have some skin in the game; we need to be prepared to invest and take risks, and have an appetite for failure, and resolve to fail fast but keep going.”

Christine Gibbs Stewart, Austmine CEO, said the first of the organisation’s new “mining collaboration laboratories” would be held next month in Perth, bringing METS firms, miners and researchers together “to discuss how step-change can be delivered to the industry and we can create a shared vision about how we need to move things forward”.

She said the eighth Austmine conference would focus on “mining’s innovation imperative”.

“The future of the mining industry both here in Australia and abroad really depends on the sector’s ability to embrace new technologies, to better utilise what we already have, and to share ideas and opportunities more transparently.

“We need to be more innovative, we need to be more collaborative, and we need to do things differently. Some of the key conference themes will explore continual innovation, data and mobile technologies, the scalable mine, new frontier mining, and striving for operational excellence.”

The company said Metso Outotec had been tasked with providing design, equipment and mechanical engin...