A 100% Australian-made battery-powered car is leading the charge to remove diesel engines from underground operations. 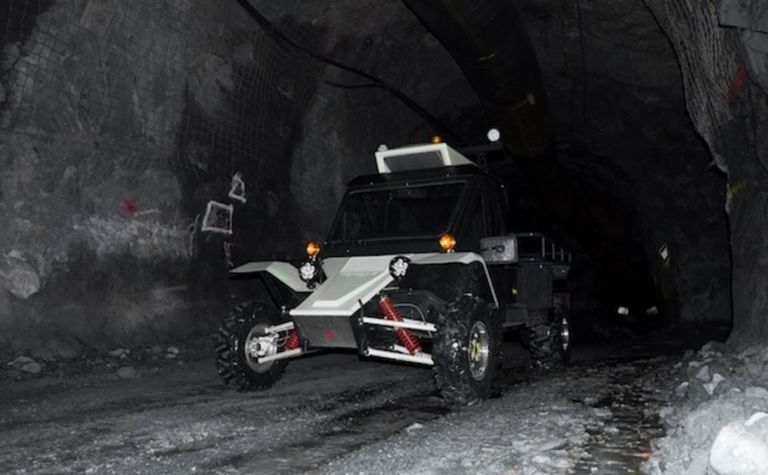 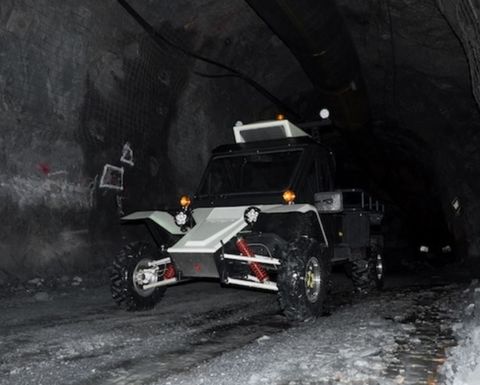 Emissions from diesel engines underground are a major challenge, so removing them makes a lot of sense. The more diesel burnt underground the stronger the mine ventilation system has to be.

A bit of experimental work was done with fuel cells to get around the problem, however, the recent huge advances in battery technology has brought them to the forefront.

Tomcar Australia, the firm that set out to make a car ideally suited to the underground mining environment, has come up with an electric model. The initial Tomcar prototype was a diesel driven vehicle that looked more like a souped up golf buggy with a serious roll cage.

Interestingly though, miners were not as keen on the diesel version. They wanted electric so the version of the Tomcar that is going into production will be powered by batteries rather than petrochemicals.

The Melbourne-based company announced this week that production of the Tomcar LV1 electric car would begin in November.

The drivetrain is being developed by New South Wales-based Energetique and the rest of the vehicle will be manufactured by MTM Auto Components in Melbourne.

Brim said Tomcar had been working with Australia-based “blue chip mining companies” to develop the LV1.

“We’ve taken it to mine sites and given them a voice in the development of the vehicle,” he said.

Brim said miners were doing trials at the moment and he hoped to be able to announce some sales in a month or two. Giving the sector a voice in the development of the vehicle has been very much a selling point of the Tomcar offering.

Toyota Landcruisers have become the underground ‘vehicle of choice’ for the mining sector – largely by default.

The LV1 will boast 100 kilowatts of power with a peak torque of 300 Newton metres. The Landcruiser has 151kW with 430Nm peak torque. But is it electric? No. Plus the Tomcar is a lighter vehicle and can recharge as it goes down the decline. Oh, and it glows in the dark.

Brim said Tomcar was a bit technology agnostic when it came to batteries. It was building the battery cases for its vehicles so a miner could choose the batteries they wanted to fit.

Tomcar is not the only company looking to bring battery-powered equipment underground.

There are already electric boggers operating underground but these are tethered via an electric cable. That limits their range and operating challenges.

Sandvik will be using this year’s MINExpo to launch its DD412iE battery-tramming development drill. That machine will use battery power to get to where it needs to work before plugging into mine power to do the drilling work – pretty much as a traditional jumbo does.

Otherwise, he said, the drill was pretty much the same as the others. Well, as much the same as any other Sandvik i-series drill, which come with several automation options for face drilling.

One of the challenges facing battery-driven gear is how much use the machine will get out of a single charge.

Brim said Tomcar hoped to get about six-to-eight hours out of a single charge – enough for a shift. He said it would take about one hour to charge the Tomcar but expects that time to reduce even further, perhaps as low as 20 minutes.

“The psychology of around the electric car has to change,” Brim said.

“It’s not about fuelling your car once a week anymore.”

Atlas Copco, on the other hand, has gone for a battery change-out approach for its ST7 loader.

It believes its loader will be able to operate 24-7 with just two batteries. The machine will also come with a quick charger to ensure there is a charged battery available for the next swap.