Caterpillar group president, resource industries, Denise Johnson, also chair of this year’s MINExpo event in Las Vegas, Nevada, expects a very different flavour at the 2016 show compared with its predecessor. It’s a shift she says is also redefining the manufacturer’s mining business as it continues to grapple with an unprecedented decline in capital equipment sales. 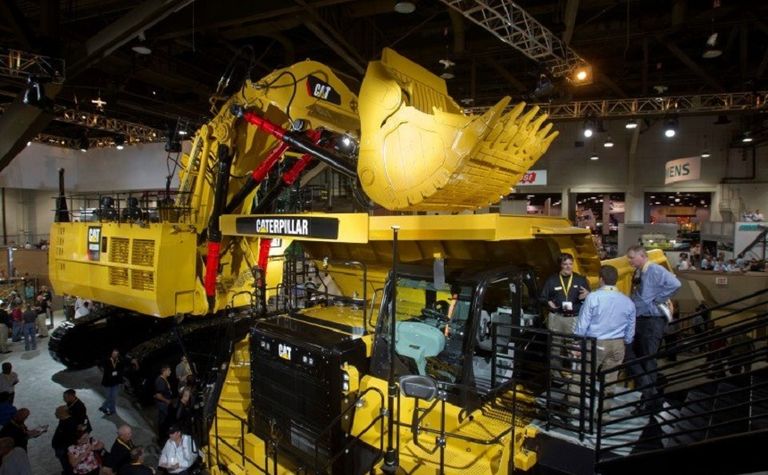 Johnson reaffirmed pre-event the giant manufacturer’s belief in long-term growth in mining as markets continue to be “very competitive and challenging” with traditional competitors fighting hard for every new equipment sale, and “non-traditional” suppliers helping more miners use equipment more productively. That translates into less equipment, parts and service.

“The focus on productivity, the [extended] spending cycles for maintenance … really does impact the need to buy new equipment,” Johnson said. One major user of Caterpillar’s most-sold mining truck has taken the lifecycle of the dirt-mover well beyond a range ever considered possible by the manufacturer.

“Competitors that are non-traditional in the space, and digital, are going to be at MINExpo [in force]. We’re going to see a huge influx in that arena,” Johnson said.

“We recognise we need to be winning in the digital space: we can’t lag.”

Caterpillar has a long history of investing in technology and in M&A in the space. But its recent focus on predictive data analytics, cloud-based mine reporting and management, and in technologies complementary to its organic machine guidance, control and automation activities, has signalled a new direction.

“When you hear the name Caterpillar you don’t immediately think of an agile technology company,” said director of mining technology enabled solutions, Jim Hawkins. “But the reality is we are changing and we are a far more agile company in the area of technology than we’ve ever been in the past, and we’ll continue to become more agile.”

Vice-president of surface mining and technology, Tom Bluth said as recently as the 2012 MINExpo, with the global mining industry still heavily focussed on production volumes and not operating margins, sales of “iron” were what mattered at Caterpillar. It was a theme reflected in the company’s MINExpo display of new equipment, including that of recent $8 billion-plus acquisition, Bucyrus.

The industry’s current appetite for digital technology, and desire to use it to radically improve fleet utilisation and reduce production and maintenance costs, “probably did not exist in the same way 5-6 years ago”, Bluth said.

Global marketing manager Tony Johnson said Caterpillar had over a quarter of a century displayed at MINExpo a connection “to the time and personality of the industry at the time”.

“If you go back four years there was a different story for us,” he said. “Strategically we’ve pivoted about 180 degrees. The iron is still important. But now it’s really about what’s beyond the iron. This year you’re seeing the best technology presence in the history of our company.”

US investment bank Morgan Stanley said in a recent report on the global mining capital goods market resurgent mining-sector cash flows could return to peak levels of the recent past by 2020.

“For the equipment suppliers we think this marks an end to downward pressure on capex – down 65% from its peak level – and opex, as reflected in second-quarter 2016 book-to-bill ratios rising above 100%,” the bank’s analysts said.

“For the miners, it is a question of how to spend it.

“We are long the looking [equipment] replacement cycle, not [new fleet] capacity.

“Even with resource depletion, investment in capacity and infrastructure will lag, given weaker Chinese growth and an aggressive push for productivity. But with capex now well below depreciation – 80%, a 30-year low – our detailed analysis of the surface mining fleet suggests replacement capex will need to rise sharply out to 2020.

Denise Johnson said: “There are definitely some optimistic signs out there … but I tell you from a sales perspective we aren’t seeing any big movement. Certainly commodity prices have improved and the profits of mining companies have improved, and clearly the forecasts for what they’re going to spend on sustaining capex … [could mean it is] set to increase in 2017.

“But we have no real indications that that’s going to translate into sales.

“There is also the fact that there is a lot of used equipment out there still, and a lot of parked fleets. Bringing that [inventory] back in first will be the focus of the mining companies. And now more than ever before they’re willing to take risks and experiment with parts and suppliers that they haven’t used in the past. It’s a really challenging environment, and it’s one we are taking heed of in a way that allows us to translate our actions into something that makes us more relevant to our customers.”

As well as its high-profile cost-cutting, business paring and repositioning of manufacturing capacity in China, Caterpillar is investing in technology, new service initiatives such as manufacturer-direct customer-site service managers with incentives linked to customer performance metrics, not product sales, and products seen to have a bigger future in mining, such as hard-rock shearers and longwalls.

She said any looming fleet replacement binge had Caterpillar well placed after its massive global fleet expansion during the 10-year boom from 2003.

“If the strength [in some commodity prices] continues for the next six months we would not be surprised if some of the replacement cycle starts coming in next year,” said Sudanshu Singh, Caterpillar’s large mining trucks manager.

“We are beginning to see the impact on our business of that installed base [with] trucks going through the first overhaul as we call it. There are pockets of trucks in the 18-22,000-hour range [where we’ve] seen some surge of demand [for spares and rebuilds]. How long it will continue we don’t know, but we are starting to see a benefit from our large installed base that we delivered during the super cycle.

“But there is so much deferred maintenance in the industry.”

More broadly, Caterpillar general manager, mining parts and product support, Dave Faber said. “There is no doubt that we are into a period of refurbishment and maintenance and repair, and we’d expect that a significant portion of the active fleet, as well as some of the parked fleet that comes back into service, will need fairly extensive repair work done over the next 18-24 months.”

Company has implemented semi-autonomous tractors at active mine