Barrick Gold’s digital transformation team has developed a short interval control app that will benefit its Cortez operation in Nevada, US 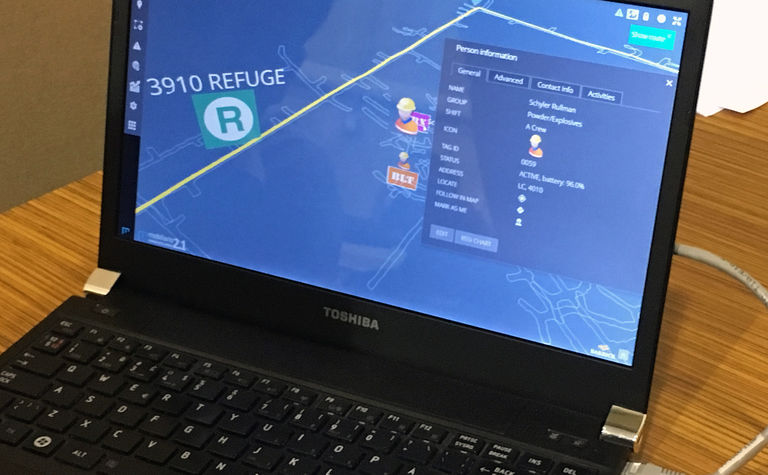 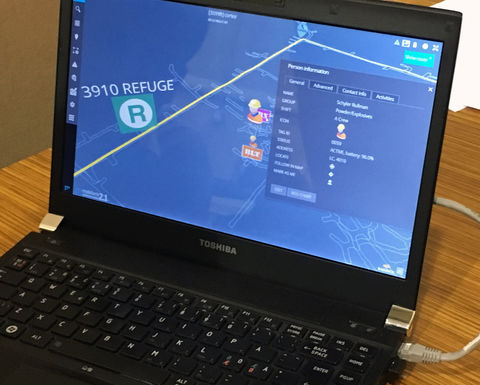 Barrick Gold’s digital transformation team has been working on a solution that combines several existing technologies, but uses them in a novel way. In particular, apps that provide real-time tracking of personnel and equipment, workflows, and the condition of equipment have all been rolled into one system. The team developed this system for underground mine operations at the CodeMine in Elko, Nevada—the Company’s digital transformation hub.

“We’ve spoken with our frontline people, and we know that we can not only alleviate their frustrations through digital solutions, but also improve their performance—which is really what digital is all about,” said Ed Humphries, Barrick’s head of digital transformation. “The best part is our absolute focus on user-centred design. Our people are building our solutions and testing them at a speed that none of the traditional mining vendors can compete with.”

The Underground Short Interval Control project team, up until this point led by Barrick project owner Rob Neitzel, has been working with software development experts to test the new system, which is comprised of an app and an interface that can be accessed with a web browser, or as a computer program on a desktop. The project is now being led by Gordon Fellows, who led the development and implementation of a similar digital system at the Chelopech mine in Bulgaria.

Neitzel has since been tasked with heading another project after his efforts in developing the system this far. While not a final version, the app features a layout that changes depending on the piece of equipment that a mine operator is using. It enables mine operators to input data from tablets installed on equipment, such as when a task is started, what was accomplished as part of the task, and when the task was completed. Location data for personnel and equipment is available in real-time, meaning miners no longer have to spend precious time trying to pinpoint the whereabouts of their colleagues and equipment.

“While the design of this app today is nowhere near where we know it can be, this is a first step, and allows us to establish dialogue with our frontline operators whose lives we’re trying to simplify,” Neitzel said.

For example, the app enables a bolter, who is tasked with securing and stabilising new mine headings, to see tasks assigned to him for the shift. They can, for instance, see the status of the heading for their next task, and confirm it is ready for them to begin work. If an unscheduled change occurs, they receive alerts; and if they are assigned to another task, the app’s interface changes to reflect this, as does their supervisor’s interface.

The app also helps miners locate the equipment they require before their shift begins. If certain tasks were not completed, such as a heading not being fully cleaned, operators can flag this through comments for shift supervisors and colleagues to see. This increases accountability and transparency among operators, which drives continuous improvements.

The other component of the short interval control system is an interface that supervisors can access on a tablet or on a desktop, allowing them to see the work completed in the previous shift. It also includes notes by the previous shift supervisor that let the incoming supervisor know if there was an equipment malfunction, or which pieces of equipment will require maintenance soon. This will help supervisors reallocate resources more efficiently, and quickly adjust plans for their shift.

The interface also indicates where blasts are scheduled, allowing supervisors to quickly assign personnel and equipment to active work areas. They can also see comments in real-time from mine operators that are logged during the shift, and see what the plan is for the following shift. This information helps supervisors create notes on the app for the next shift supervisor.

Having access to this real-time data helps supervisors avoid sending personnel and equipment to headings that are not ready to be worked. It is also crucial in helping mine operators adapt rapidly to any unplanned events that occur during a shift, Neitzel said.

The technology is being trialled at Cortez as part of a small pilot project. Temporary tablet mounts have been customised for five types of equipment. The tablets and mounts have only been installed in order to get feedback from the operators on the apps and their ease of use. Wi-Fi tags have been installed on 24 pieces of equipment, and over 40 tags have been provided to the four crews, in total, so that locations can be provided in real-time.

Barrick said the pilot, which is nearly complete, will come in under budget, and, given the substantial efficiency improvements rendered by the app, the company has decided to proceed with an implementation that encompasses the entire Cortez underground. The implementation will begin in April, and run through June. This will allow the project team to collect data from multiple pieces of underground equipment, including underground loaders, jumbos and the trucks and bolters.