ThoroughTec looks at some unusual applications of its Cybermine simulators 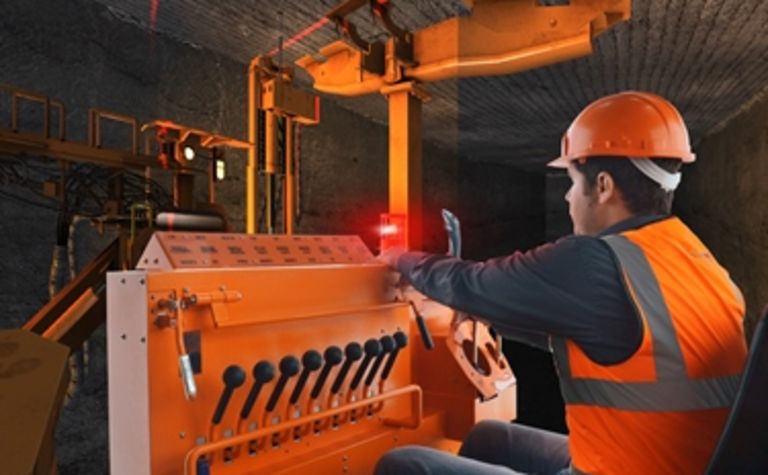 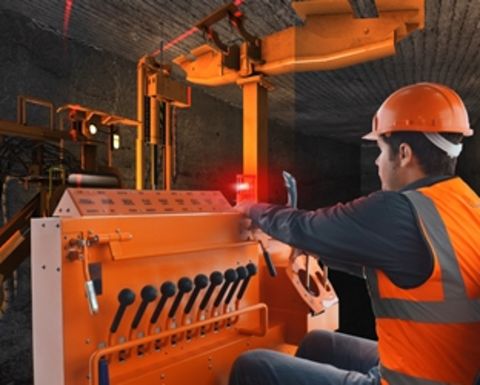 In any mechanised mining operation, tyres are a huge cost centre. For one particular gold mine in Canada, LHD tyres were costing thousands of dollars each. Consequently the mine embarked on an operator training campaign, part of which was used to reduce the incidence of prematurely worn and damaged tyres by increasing awareness of harmful driving techniques.
According to the mine, some scoop operators were known to spin the front wheels as they drove the bucket into the muck pile, which obviously decreases tyre life.

The mine was able to use its Cybermine simulator to track when wheel slippage was occurring and the status of all the vehicle’s sub systems. From live monitoring and the reports, the instructor was able to identify and correct this behaviour. This ensures the operator applies the correct technique when scooping, is in the correct gear and at the right speed when entering the muck pile.

At another mine, this one an underground colliery in South Africa, it was found that some of the Fletcher HDDR bolter operators were bolting without fully deploying the jacks to stabilise the vehicle and critically, raise the tyres off the floor.

This seemingly harmless action was putting significant extra strain on the tyres, thereby directly decreasing their life and also compromising the stability and safety of the machine while performing this already hazardous process.

Instructors now ensure that all trainee bolter operators are drilled on the correct procedures during simulation training and critically, understand why.

“This is a great example of a how a simple and seemingly harmless operation ‘short-cut’ can have serious ramifications and how easily it can be identified and be corrected using simulation training,” says Richard Bellengere, VP of operations at ThoroughTec.

Knowing what to do in an emergency

Surface mines around the world have different safety procedures when it comes to haul-truck brake failure. One particular 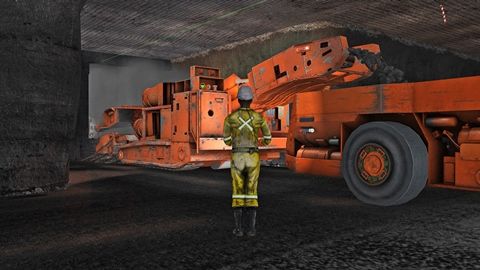 iron-ore mine in South Africa features berms along the haul roads and operators are instructed to steer the vehicle into the berm if they experience sudden brake failure. According to the mine, the most important thing for an operator when confronted with an emergency is to stay calm so that they can implement what they’ve been taught. The operation uses simulators to train operators in a wide variety of emergency situations; not only does this help with getting the procedures right, but also with mental preparation.

“Consciously driving a vehicle into an obstacle in order to stop, is not a natural human instinct. Operators tend to try and continue steering the vehicle after brake failure which may lead to a runaway vehicle,” says Bellengere.

“Naturally, this emergency action could never be practiced in real vehicles so this is where the mine’s fleet of Cybermine haul truck simulators really come into their own. They can practice this vital procedure over and over again without putting themselves or the equipment at risk.”

At a nickel and cobalt mine in Madagascar, the geography has dictated a rather unusual mining method. The mine is situated in an area that receives an extremely high amount of rainfall; over 6m annually. The resultant wet and muddy conditions in the pit make operations difficult and hazardous.

Due to this, the equipment is prone to bogging down and slipping. In order to get around the problem, the mine uses excavators to construct wide finger-like supports into the pit for the heavy equipment to travel on. This is done with rock material that has been blasted and mined at a nearby quarry. The trucks then reverse along these fingers and are loaded by the excavators, and the shovels then break down the fingers and construct them again in another area of the mine.

Because the excavator and truck are on the same level, there is an increased risk of vehicle-to-vehicle contact during loading, so the mine has started to use two simulators for a haul truck and an excavator to help the operators, many of whom come from the surrounding communities, learn how to execute this type of loading procedure in a safe and efficient manner.

An underground colliery in South Africa invested in training simulation a few years ago and is continuing to derive benefits from its systems. One of the Cybermine simulators is for a Joy Global continuous miner. The use of simulation to support operator training on this machine is essential as it is ‘zero downtime’ type equipment.

According to the mine, the machines are extremely costly and prone to damage if poorly operated. Due to the low fleet size (as a result of cost and complexity), it’s absolutely critical that the continuous miners are kept in operation. The mine has reported a 30% decrease in shuttle car loading times after its continuous miner operators started training on the simulator which can accurately simulate propelling, sumping, shearing, brow- and under-cutting, trimming and loading of the artificially intelligent shuttle car. 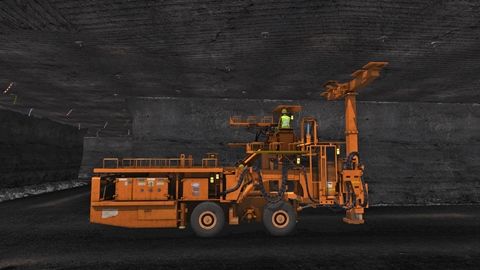 “It’s operated via remote control, just like the real vehicle and the operator is able to move around the simulated vehicle as he would in the actual underground mine,” says Bellengere. “The system is being constantly updated with new technology such as operator motion tracking, heads up display (HUD), a mission planner and walk-around pre-trip inspection.”

Not just about simulators anymore

ThoroughTec is on a drive to show the mining world that while high-fidelity simulators are certainly an essential component of every modern, mechanised mine training solution, there is still potential to unlock even more potential from a workforce.
“This push hinges around our brand new, Cybermine Workforce Excellence (WX) platform, or ‘WeX’ as we like to call it,” says Justin Collins, ThoroughTec’s CEO.

“We believe that this first-of-class system, which focuses on capturing and analysing the ‘big data’ streaming from modern mining machines, will revolutionise the way mines approach workforce performance management, finally providing decision makers and managers with an end-to-end tool for the continuous, scientific measurement and improvement of heavy equipment operator performance.

“Labour and skills development are not just important issues in emerging markets but throughout the mining world,” he notes. “WX is designed to close the loop between heavy equipment operator performance in the field and the tailored training interventions that are required to improve that performance, in the classroom.

“The state-of-the-art portal manages and achieves all operator training and certification requirements. And the great thing is that it can do this at a single mine site or at group level across multiple sites.”