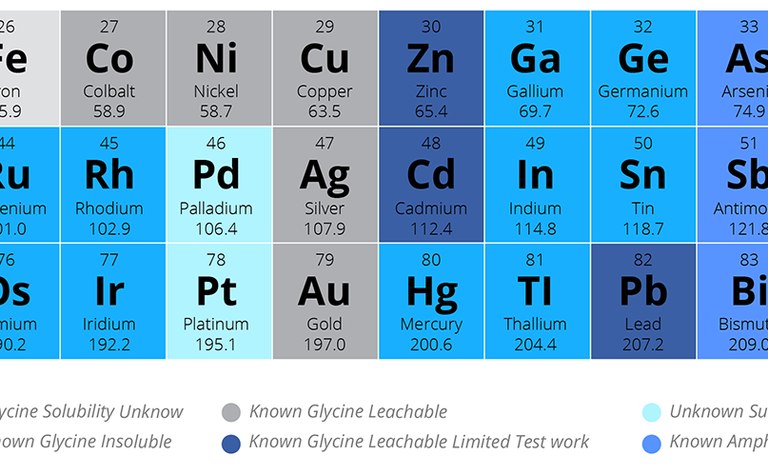 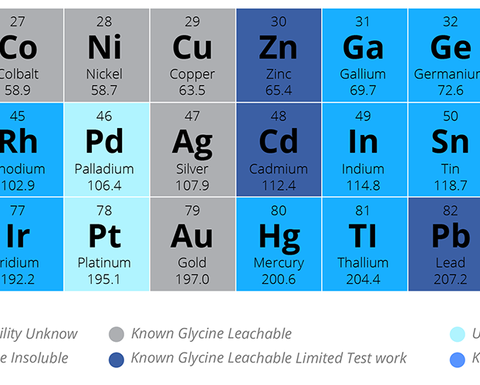 The GlyLeach  Process is a novel leaching technology that was developed by Curtin University for leaching of base and precious metals. The process, is an alkaline based process that will leach copper from copper oxide, mixed oxide and supergene sulphide ores, and primary copper sulphide ores. It will also leach gold when the temperature of the Glycine is raised to 60 degrees.

Gindalbie has executed two separate non -exclusive licences for the use of GlyLeach . The first licence, executed together with Terrace Mining (Terrace) is a territory specific licence for the use of the technology at the Mount Gunson Copper - Cobalt Project in South Australia. GlyLeach is one of a number of potential process solutions currently being evaluated for the processing of ores from the Mt Gunson Copper -Cobalt Project.

Gindalbie and Terrace are currently working together with MPS to evaluate the potential application of glycine technology to the project during ongoing scoping study and feasibility work. Gindalbie has also executed a global licence (excluding China and Zimbabwe) for the use of the technology on primary gold, copper and zinc projects. This licence provides Gindalbie with the right to use the technology on new projects that may be identified during ongoing business development and strategy work.

Gindalbie will work with MPS to identify deposits on a global scale that are amenable to the application of the glycine technology, especially where this application is likely to result in near -term revenue flows. Under the agreement, MPS will receive a royalty for the use of the technology based on a net smelter return (NSR) from future revenue flows of projects where the technology is applied. As an early adopter of the technology, Gindalbie has secured a significant discount to stand ard market royalty rates. Any other fees paid to MPS will be based on a standard schedule of rates for test-work . Test work fees are captured within the existing budget estimates for the Mount Gunson Project Farm.

The GlyLeach process was invented by Professor Jacques Eksteen and Dr Elsayed Oraby , from Curtin University’s Western Australian School of Mines. Curtin University has awarded Mining & Process Solutions (MPS) an exclusive global licence to the GlyLeach Process.
According to Professor Eksteen, the process has a number of immediate applications including leaching of low grade ores, differentially leaching copper and gold ores, upgrading concentrates, and tailings retreatment. The major reagent in the process is Glycine which is the simplest and cheapest of the amino acids, and is available in bulk ranging from food grade to technical grade.

It has a number of attractive chemical and physical properties that gives it significant advantages over any other copper or gold lixiviant:

MPS Technical Director, Frank Trask has observed that GlyLeach is a simple process that requires no new equipment to be designed, has low operating costs due to regeneration of the principal reagents, and is expected to provide high copper recoveries with almost all copper minerals even Chalcopyrite; long considered the ‘Holy Grail’ of copper leaching. It will also offer the gold industry a non -toxic method of leaching gold, something that is becoming more important in many jurisdictions around the world.