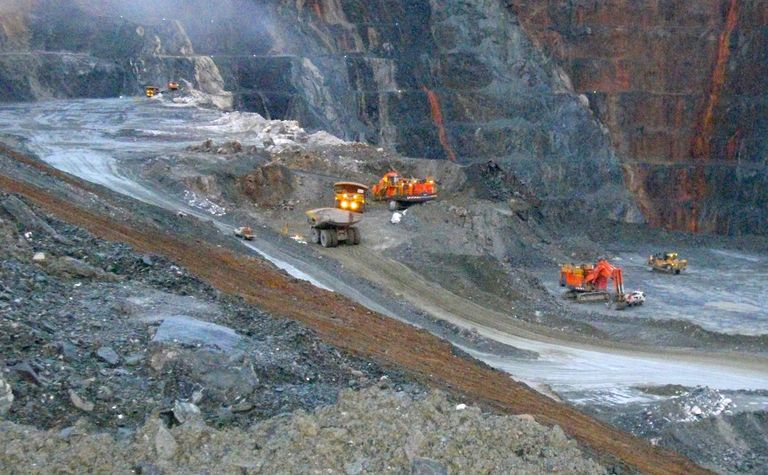 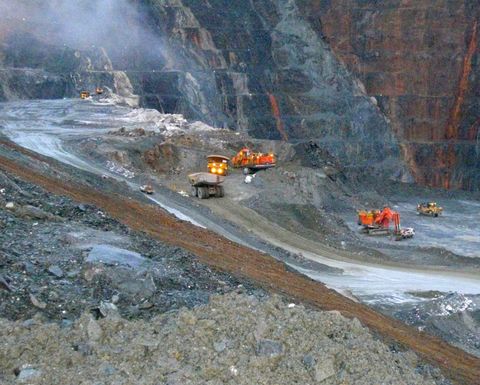 Grange Resources’ Savage River mine in Tasmania, Australia, saw the opportunity to further safeguard its operators on site by equipping its mobile equipment with remote controls.

Implementing remote control technology has allowed Savage River’s operators to control machines from a safe location, away from potential hazards brought on by the frequent, heavy, rainfall experienced on site.

RCT’s relationship with Savage River began with the installation of the ControlMaster line-of-sight remotes on two of the site’s Caterpillar D10T dozers.

Pleased with the performance of the technology, the site then called upon RCT’s help to customise a line-of-sight package for their Hitachi EX1200 excavator which would allow them to interchange the excavator with a rock breaker attachment.

The excavator was being used to dig holes and trenches and perform batter scaling, and the modification would see the machine being used for normal excavation works and for rock breaking if there was a blockage in the main crusher.

While RCT’s Custom department had completed this modification previously, it was the first time it had applied the technology and functionality onto a mobile piece of equipment.

Greg Ling, mobile maintenance manager at Savage River, said: “RCT was very professional and came up with a package that suited our requirements. Combining the two attachments on the one machine allows the site to increase productivity as there’s no need to change machines.”

RCT’s expertise were also called upon to develop and install a remote package to Savage River’s Hitachi EX1900 excavator, which is used for the larger jobs on site in areas that were not safely accessible for operators.

By installing remotes on mobile machinery such as excavators, it removes operators from the cab of a machine operating in a potentially dangerous environment and allows the site to continue to work efficiently.

Ling said that there were numerous benefits to progressing with smart technology company RCT, including the local support provided which ensure any downtime was kept to a minimum.

He explained: “We were fortunate to regularly deal with the same Brisbane-based technician over the years and as a result he is highly regarded amongst the team. In addition to this, the training received from RCT was excellent. In turn, it enabled us to complete the minor services needed on the systems ourselves.

“All in all, the RCT systems are generally trouble-free and easy-to-use. All the systems have provided Savage River with the tools necessary to carry out high-risk work, while keeping our people safe, allowing them to operate mobile machinery away in either a dedicated remote station or a Landcruiser troop carrier.”