Barrick recently brought its first semi-autonomous haul truck to surface from the Cortez underground mine. Operator Robert Harrison drove the driverless truck 7,000 feet up the super ramp from a muck bay, where gold-bearing ore is kept for loading and hauling, to the underground mine’s exit 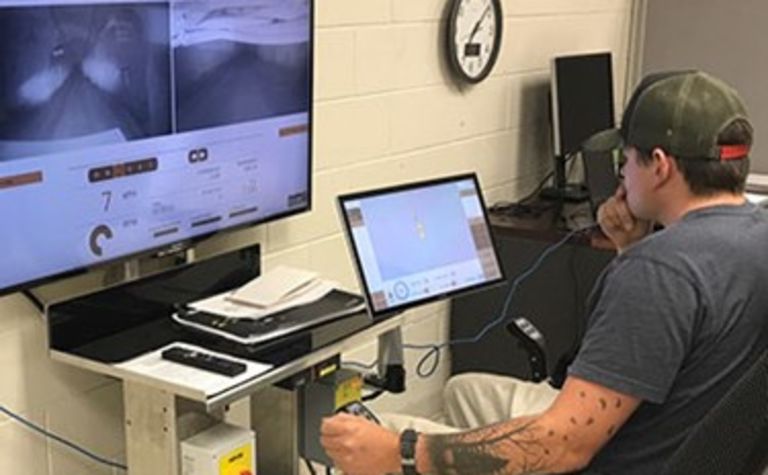 PRESS RELEASE: “This was a huge milestone for us because we have had challenges with Wi-Fi connectivity from the underground to the surface, so if the equipment lost its connection to the network it would automatically shut down,” says Ben Gunn, Tele-Remote and Automation Implementation Manager.

“This milestone is the first step in creating a 24/7 operation that is safe and efficient by eliminating the downtime between shifts,” says Miguel Lamadrid, Barrick’s Cortez District Underground Manager.

Right now, about two hours of potential production time are lost each shift at the Cortez underground mine. This includes both the time that it takes miners to stop their work and exit the mine because of blasting, and for the oncoming shift to get ready and go underground to start working.

Since blasting occurs after every shift, and there are two shifts a day, it means roughly four hours are lost each day, Lamadrid says.

This downtime can be minimized by using semi-autonomous and autonomous vehicles and equipment because operators will be able to continue working tele-remotely during blasting. It can also reduce the time operators need to prepare for a shift because they no longer have to go underground and locate their equipment. Moreover, they can place the equipment on autopilot while completing other tasks.

Harrison, who started with Barrick in late December and showed interest in this digital solution, now serves as one of the four subject matter experts. There is one subject matter expert for each piece of equipment being tested at the Cortez underground mine as part of this project, including the haul truck, jumbo drill, long-hole drill and production drill.

As a subject matter expert, Harrison will be able to teach his coworkers how to use the semi-autonomous system.

“When I first started I knew this is the direction mining has to go,” Harrison says. “No matter what you do underground there is going to be downtime and we have to do our best to make the most of that. Becoming autonomous is the safest and most cost-effective way to do that.”

Harrison, who took eight hours to learn the semi-autonomous system, says he was impressed by its accuracy. “When I parked the truck the scanners showed exactly where the walls were [on the screen], and it was within inches from where I actually parked it,” he says. “When I saw how accurate it was I felt more comfortable driving it because I knew I didn’t have to worry about equipment damage.”