The BIOMOre in-situ bioleaching concept has given another opportunity to demonstrate itself, with its recent introduction to an underground installation at the Rudna mine operated by KGHM Polska Miedź in Lubin, Poland 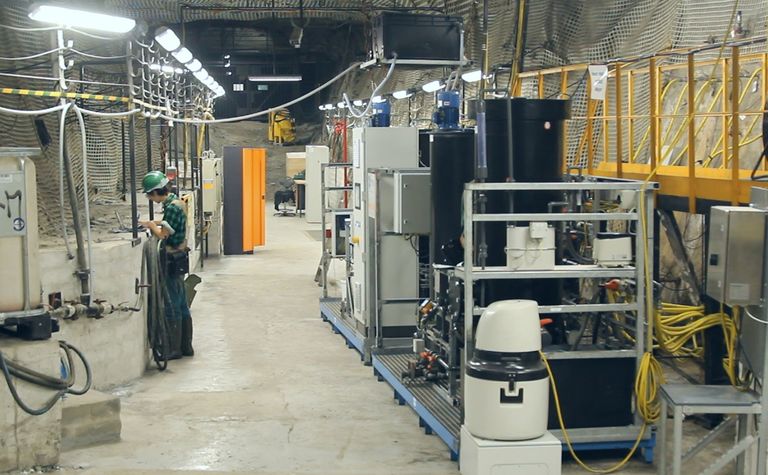 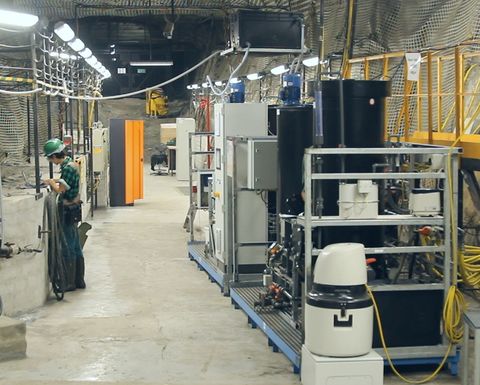 Underground installation in a specially prepared chamber in the Rudna mine, Poland. Photo: BIOMOre/KGHM

In a recently held press conference to announce the pilot installation and provide an update on the BIOMOre project itself, hosts noted that the concept is being tested in realistic conditions and outlined its environmental aspects and modelling design. The following day a tour of Rudna was conducted to see the underground testing facilities that were completed just a few weeks ago at a specially prepared chamber at the mine.

KGHM research and development department project manager Paulina Mołodyńska-Glapska said the main aim of the BIOMOre project is for it to verify the feasibility of combining channelling and bioleaching technologies under real conditions. With that it is aiming to recover metals from deep or poor ores in Europe.

The Rudna pilot has been divided into three phases, and the group is currently one-third of the way into the testing. It prepped for the stages by drilling flow paths, installing tanks, pumps and monitoring devices and collecting data from the monitoring devices, such as the pH, conductivity and redox potential of the circulating solution, as well as parameters to guarantee environmental compliance.

“We are completing the stage, in which we have desalinated the ore body using water,” BIOMOre plant operator at ZG Rudna Wojciech Anacki explained, noting it was necessary to decrease chloride content inside the ore block to avoid negative impacts in the leaching phase.

“The next stage is the acid leaching stage to remove carbonates to avoid generation of gypsum, which would block the flow paths. The third and ultimate stage will be bioleaching, during which bacteria and sulphuric acid solution will be utilised,” he said.

The group is hoping for initial results before the end of the year. It is information it is awaiting particularly because this BIOMOre test has not been performed in this manner anywhere else,” according to BIOMOre project manager Horst Hejny.

“We have two main goals: first, to check whether the process is technically feasible, and second, to collect as much data as possible to critically assess the economic viability and the sustainability of the project,” he said.

“Only if all results are positive, we may consider the installation of a pilot plant, which would then demonstrate the BIOMOre process at almost full scale.”

There are 23 partners in the BIOMOre project, led by KGHM, from across the industry. Formally known as the project “New Mining Concept for Extracting Metals from Deep Ore Deposits using Biotechnology”, its focus is to develop a process for copper recovery and other strategic metals directly from the orebody with a ferric iron rich solution of low pH generated in a bioreactor.