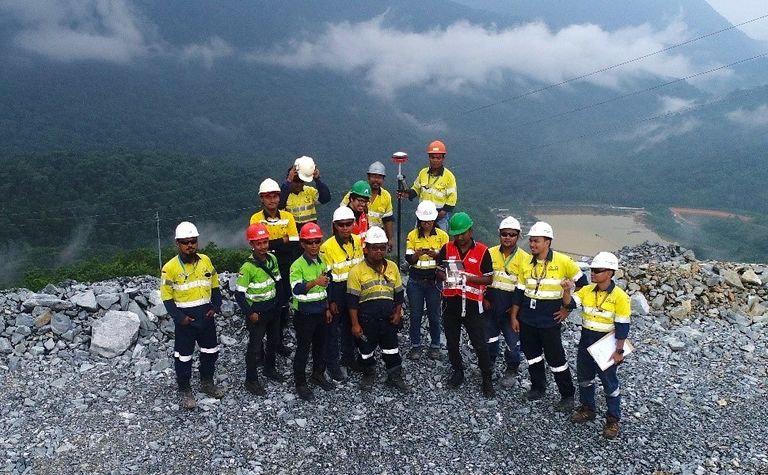 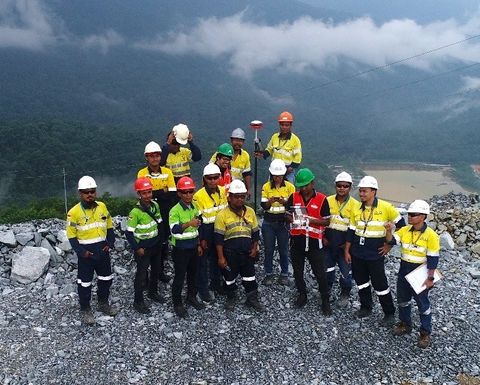 The team having a practice session on site

The drone training provided to PT Amman Mineral Nusa Tenggara, which owns the second largest copper and gold mine in Indonesia, and PT Saptaindra Sejati, a leading coal mining contractor in the country, was conducted at actual mine sites to ensure participants get field orientation that suits their work.

Terra Drone Indonesia, a group company of Terra Drone Corp, also provided training materials that were specifically designed to meet the needs of mining operations, such as reclamation area surveys, volume calculations, pit mapping, and multimedia. Over the course of four days, the participants learned the basics of drone operations, drone regulations in force in Indonesia, safety factors and operating procedures, flight simulations and the practice of piloting drones.

Drone technology is being widely adopted by various industries in Indonesia, one of which is the mining sector. The benefits of using drones in the mining sector include easy formulation of high-resolution digital maps, which can be further processed to develop situational map as well as 3-D models with high accuracy.

However, unlike drone operations in other industries, flying an unmanned aerial vehicle for mining activities requires a heightened level of readiness on the part of the pilots. At high-risk sites like mines, operating a drone goes beyond just proficiency in takeoff and landing. Several factors need to be considered to ensure the safety and security of drone operations and the pilots must be ready to deal with all sorts of risks at the mining site

From July 2019, the Aero Drone School training programme will be taken over by Terra Drone Indonesia.

Drones are increasingly being used for geospatial applications