As part of a collaborative strategy to boost interoperability within a more automated and digitalised mining industry, the Global Mining Guidelines Group (GMG) has released a report that summarises thoughts from 17 mining companies, including BHP, Glencore and Rio Tinto 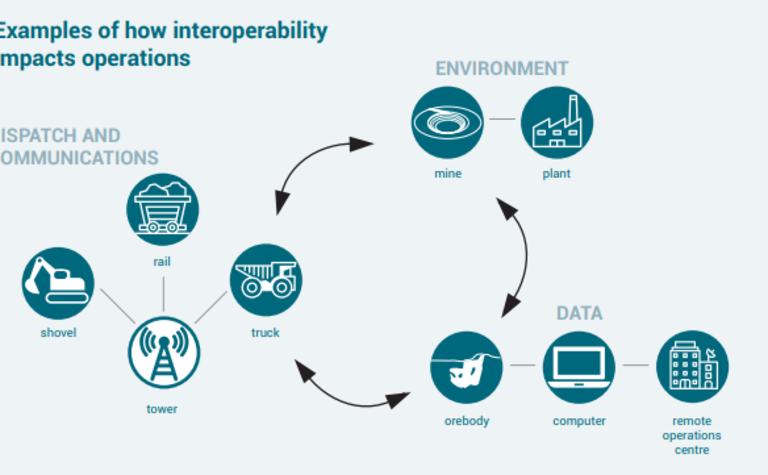 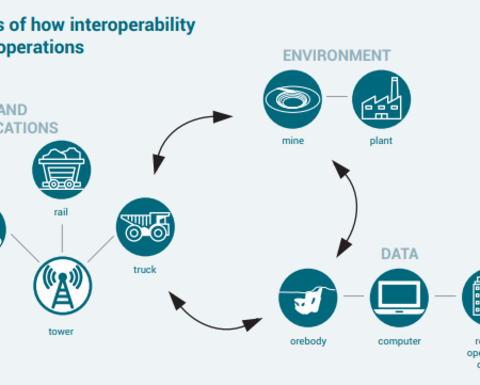 Examples of how interoperability impacts on operations

Interoperability, as defined by GMG's new Interoperability Alignment report, stands for "the ability of two or more systems, components or processes to exchange contextualised information, so that they can act on this information to achieve business and operational outcomes".

In short, it's about digital technologies working together across the whole mining value chain for maximum efficiency and safety.

GMG believes interoperability challenges can't be solved in a vacuum, and has thus been holding numerous workshops over the past two years, with over 120 participating companies, to create a draft Interoperability Definitions and Roadmap guideline.

The feedback included in the latest report was gathered through interviews with 17 mining companies based on this draft guideline content.

GMG Chair Michelle Ash said: "Achieving mining company alignment on priorities, vision and guiding principles for interoperability was a logical first step because they are the ones most immediately affected by the safety and productivity challenges associated with poor interoperability.

"This alignment will provide a foundation for building improved communication and collaboration between all stakeholders to drive the industry forward."

This report is part of GMG's Interoperability and Functional Safety Acceleration Strategy (IFSAS), launched in early 2019 with support from BHP and Rio Tinto.

GMG believes it will serve as a starting point for achieving broader alignment among stakeholders, and it will be updated based on continued industry engagement.

GMG is also engaging with other organisations working on interoperability initiatives, both inside and outside the mining industry, to improve visibility and prevent duplication of effort.

Participants realised they were further along the path than they thought