Patents secured by Lion Battery Technologies in September that covered the use of platinum group metals in a lithium battery are an important milestone in efforts by the company to re-position PGMs’ prospects for the EV boom. 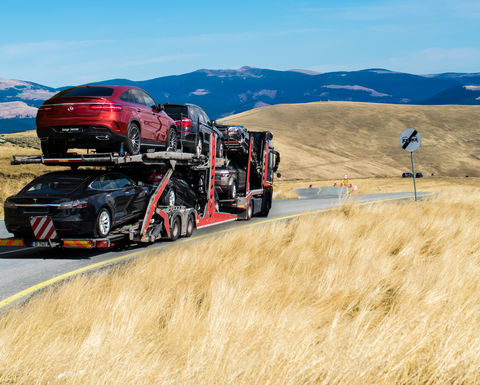 Lion Battery Technologies faces a race to prove that PGMs can help create lighter batteries with a greater driving range.

Amplats and Platinum Group created Lion last year with an investment of US$4 million and a plan to generate demand for PGMs in electric vehicles before the terminal demand decline that is projected for catalytic converters begins.

Lion is working with Florida International University (FIU) researcher Dr Bilal El-Zahab on a battery solution that uses PGMs to improve lithium oxygen and lithium sulphur batteries, with the aim of developing a product that can eventually rival, and even improve on, nickel-cobalt batteries.

But the company faces a race to prove that PGMs can help create lighter batteries with a greater driving range - multiple other miniaturisation initiatives are underway and previous other trials using PGMs in batteries have had disappointing results.

What effect do platinum and palladium have that makes the metals interesting for use in next-generation EV batteries?

The PGMs help all kinds of chemical reactions. Their catalytic properties are the reason they are in the internal combustion engine tailpipe today.  A battery is a chemical reaction in a box. The next generation of batteries is likely to be on the cutting edge of changing from Lithium-Ion to Lithium-Air or Lithium Sulphur. The challenge has been making these batteries efficient and charge and re-charge well. PGMs help the battery with both of these issues.

What would the potential performance gains of those batteries be in comparison, say, to a Tesla Model 3 battery?

The Tesla Model 3 has a battery that weighs 371kg and still people worry about range. The more power per unit of weight, the longer the range for the same battery weight, or you can cut weight. Our goal is to make a battery that holds at two or three times the power to weight ratio.

How did the idea of launching Lion Battery Technologies come about?  Did you approach Anglo American first?

I knew PGMs were catalysts that help a battery, and research led me to the recent work at FIU. It turned out a very technical team at FIU had published a technical paper a few months before my search - I approached them - and then I spoke to Anglo. The potential was obvious to both Platinum Group Metals and Anglo American.

Could you describe the challenges faced by research into lithium-air and lithium sulphur batteries? What has your research achieved?

The challenges in Li Air and LiS are typically that the batteries don't cycle long enough even to discover what the major problems are. We have been able to extend the battery life, lower the charge energy and have the batteries cycle hundreds of times so we can understand the processes.

We have seen six-fold increases in capacity using palladium, and we have LiS batteries that go hundreds and hundreds of cycles. The long battery life means we can look at any degrading of the battery at any point along its life cycle. This helps us modify the battery and look for improvements and how specifically PGMs can help. It turns out they can help in several ways.

What are the next stages for Lion in terms of testing and even bringing this to market?

We have more patents to apply for and complete. We have seen significant innovations come out of our lab work. Some of them are happy surprises. After that, we are looking for a commercial and innovative battery maker to join us as a partner.

We see a race in patents around LiS and LiAir with hundreds of patents being filed in the last few years by large players. Interestingly, we have not seen anything with PGMs and we think they may be the "keys to the Kingdom".

Amplats shuts down ACP Phase B for rebuild