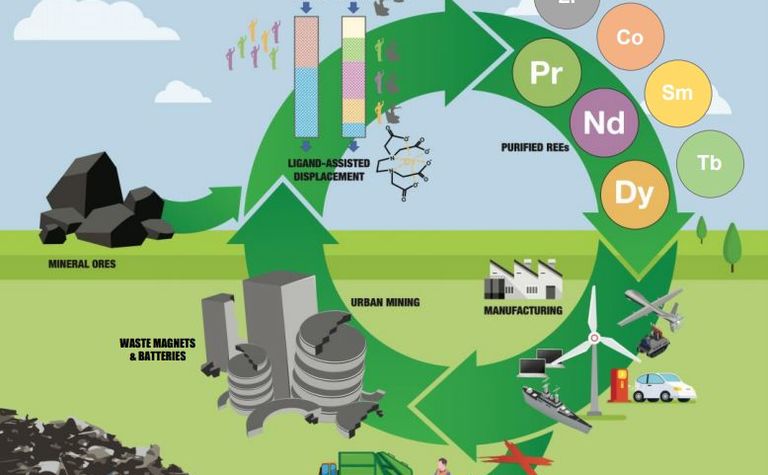 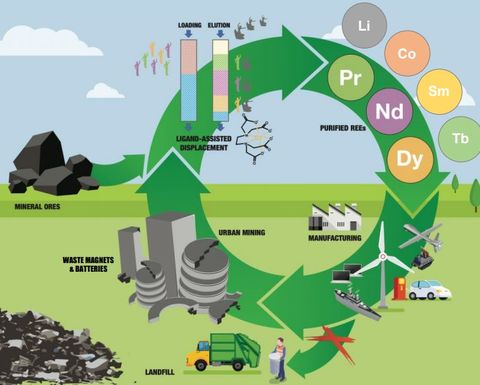 An illustration of the ligand-assisted chromatography (LAD) method

The company has acquired Hasler Ventures LLC which holds the licences for the technologies developed at Purdue University, Indiana.

The innovations are specific to the processing of separated and pure rare earth metals and critical elements from coal byproducts, recycled permanent magnets and lithium-ion batteries.

American Resources chief executive Mark Jensen said in a statement: "It is our shared belief that to compete in the world markets and to establish a robust domestic source of rare-earth metals, the United States cannot solely rely on the current costly and environmentally harming methods of solvent-based extraction."

Professor Dr Linda Wang at Purdue's Davidson School of Chemical Engineering added: "We're excited about partnering with American Rare Earth and American Resources on the implementation of our research…[and] look forward to working with their team on the design of a pilot production facility and an eventual full-scale production plant."

American Resources has committed to a three-year-long sponsored research program with Purdue University and Wang to further advance the technologies and critical processes.