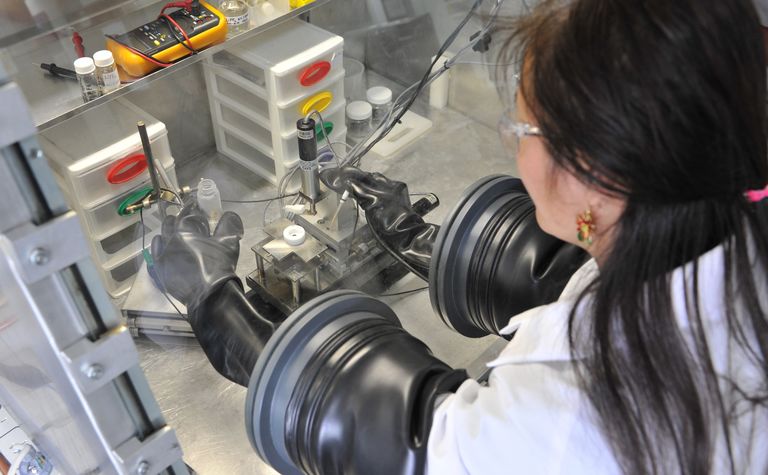 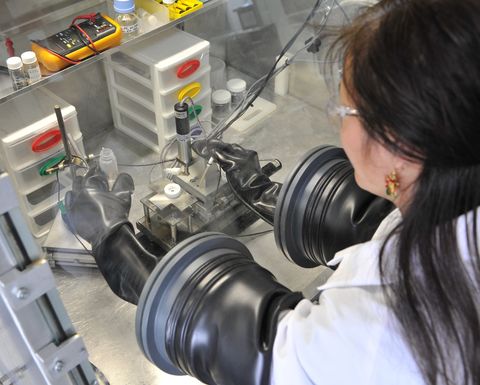 IL electrolytes have negative vapour pressure and no boiling point, which reduces the risk of fire and explosion

CSIRO scientists, in collaboration with RMIT University and Queensland University of Technology, have demonstrated that pre-treating a battery's lithium metal electrodes with an electrolyte salt solution extends battery life and increases performance and safety.

Dr Adam Best, senior research scientist and research group leader with CSIRO Manufacturing, told MM that the breakthrough could also have significance for the mining industry.

“Mining batteries are typically used in harsh environments, i.e. downhole where temperatures can exceed 100°C,” he said. “This can cause substantial degradation of the device and shortened life. Moreover, in many instances due to the extreme temperatures used, the batteries are primary cells (they can only be discharged once) and need to be disposed of once used. As such they are generally more expensive. The use of rechargeable batteries is preferred on a cost basis as this reduces wastage.” 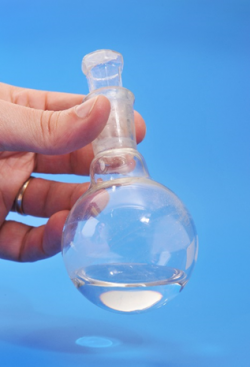 The pre-treatment process involves the immersion of lithium metal electrodes in an electrolyte bath containing a mixture of ionic liquids and lithium salts, prior to a battery being assembled.

Lithium is the most electronegative element in the periodic table. In addition, it also has the most energy per unit weight making it the most useful electrode for batteries. However, the electronegativity means that it is extremely reactive with most materials, including standard battery electrolytes like those found in traditional lithium-ion batteries.

These electrolytes breakdown on the surface of the lithium metal, causing a thick insulating layer to form- the solid electrolyte interphase (SEI)- which thickens with both time and cycling.

Best explained: “We have been developing ionic liquids (ILs), or room temperature molten salts for over 10 years now. We have concentrated on these materials since early 2000, and together with our collaborators at Monash University, we identified a class of ionic liquids that showed superior electrochemical stability against lithium metal and forming a stable SEI to support long-term cycling.

“Moreover, ILs have far superior thermal stability and no vapour pressure when compared to standard lithium-ion battery electrolytes. This combination of properties reduces the risk of explosion and fire [a known rechargeable battery issue].

“By completing the pre-treatment process before assembling the battery, we are aiming to reduce the amount of electrolyte that is broken down during charge and discharge, and improve the efficiency and cycle life of the device,” he added.

Batteries that have undergone the process can also spend up to one year on the shelf without loss of performance.

Best told MM: “From our work, we have been able to demonstrate >1,000 full charge-discharge cycles using in a lithium metal | LiFePO4 cell. This is well in excess of cells that have not been pre-treated or would use standard electrolyte solvents.”

The electrolyte salt solutions, to which CSIRO holds patents, come in a range of chemical compositions which the team said could be easily adopted by manufacturers. 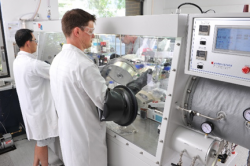 They have also developed a concept for a high-temperature rechargeable battery that allows operation up to 120°C which is specifically aimed at the oil and gas market, but could also find a niche in mining.

“It was originally designed to power downhole robots and could be trickle charged via wireless methods,” explained Best. “It is particularly suited to low power applications such as sensing.”

The team is currently seeking partners and investment to allow them to scale up the devices and make a number of prototypes to prove the concept in larger cells.

“Once we have properly defined the capability of the device in simulated environments, we would be looking to field trial the technology,” said Best.