In recent years, an ongoing drought has caused a severe power crisis in Zambia. New analysis from the Deutsche Gesellschaft für Internationale Zusammenarbeit (GIZ) in its role as facilitator of the Project Development Programme (PDP) and THEnergy shows that the framework conditions for investments in solar power have become more attractive 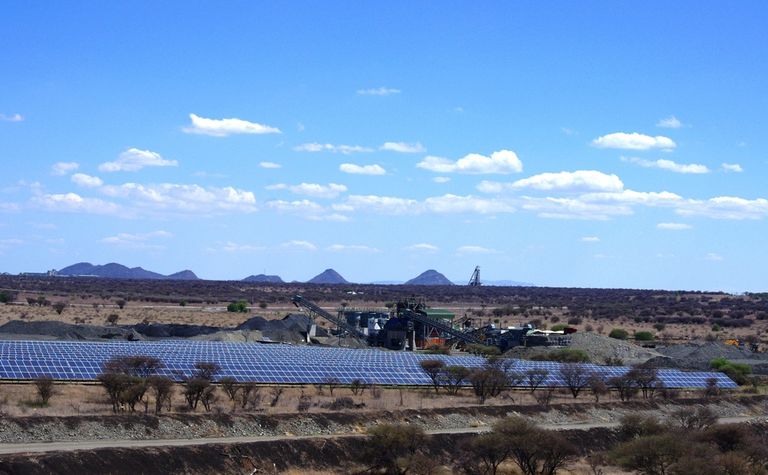 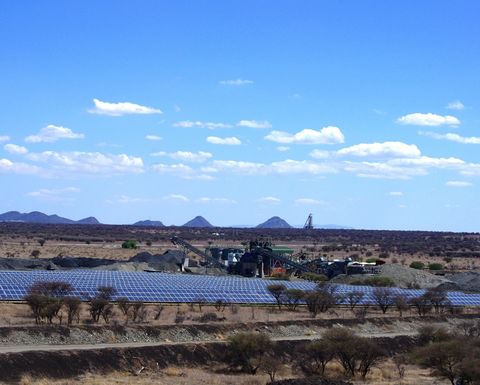 Solar panels at a mine in southern Africa. Image: CRONIMET Mining Power Solutions

The power crisis has caused Zambia to take emergency measures at extremely high costs to close the gap between generation and electricity consumption. The mining industry is by far the biggest consumer of electricity in Zambia and is suffering greatly. Production is impaired by load shedding and power outages. Sometimes the only remedy is to use stand-by diesel gensets for baseload electricity generation.

Power from diesel is expensive, and so is grid power for mines. At the beginning of the year, the rates for miners were raised to 10.35US¢/kWh, with further increases expected—this in a country that used to have an abundance of inexpensive electricity from hydropower plants.

According to the report, a sustainable improvement of this situation is not in sight. Some new power plants will be completed in the next few years, but at the same time, the output capacity of Zambian mines is expected to double, as significant investments have been made in past years.

A recent solar tender by Zambia’s Industrial Development Cooperation for two 50MWp solar power plants has caught the attention of the mining industry. The best offer was at US¢6.02/kWh, which is a significantly lower price than Zambia pays for emergency solar power and than mining companies pay for either grid or diesel electricity.

The analysis shows that local solar-diesel hybrid microgrids have become an interesting alternative. “We have also observed in other countries of the region that industrial players, such as mining companies, lose large amounts of profit due to an unreliable power supply,” said Tobias Cossen, project manager for Southern Africa at PDP.

“In Zambia, the negative effects are twofold: severe production losses and higher electricity costs at the same time.”

This development has driven many mining companies to become more self-sufficient. Zambia has excellent sun irradiation, which has a positive effect on electricity prices from photovoltaic (PV) power plants.

“The recent PV tender comes at the right time,” added Thomas Hillig, founder of consultancy THEnergy. “It shows what development solar energy has made in the past few years; 6.02US¢/kWh is competitive with any kind of conventional energy, especially in a region that suffers from a lack of peak power during the day.”

Decentralised power generation in the form of solar-diesel hybrid microgrids has advantages beyond price. It allows for a robust power supply in off-grid or weak-grid areas, such as Zambia, where the grid sometimes poses severe reliability issues.

In microgrids, solar power, grid electricity and diesel back-up power can be integrated. Typically, solar energy has priority in these power plants, as hardly any direct cost is associated with the operation of a PV system. Mines can invest their own capital or can secure long-term solar power supply through power purchase agreements with investors who build a PV plant and sell the electricity to the mine.