Nautilus may get a Vessel of support 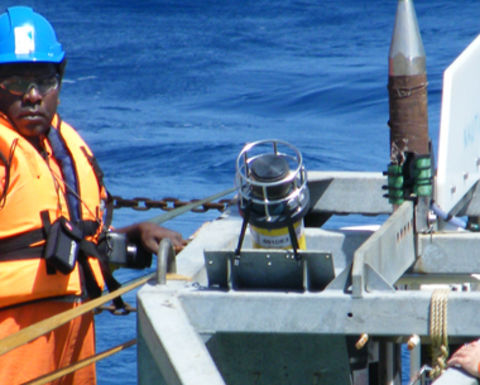 The company is negotiating agreement terms with arm's-length third parties to create the Vessel JV, a joint venture that would be owned by the unnamed partners along with the miner's Nautilus Minerals Niugini subsidiary.

That JV would then, in turn, financially back the PSV acquisition Nautilus had previously set up with MAC Goliath. That deal dissolved in July when Nautilus said the seller did not pay a portion of a contract with Fujian Mawei Shipbuilding, the owner of the shipyard building the vessel, leading to the deal ultimately being rescinded.

The Vessel JV would own and operate the fully integrated PSV, according to officials, and would charter it to the Solwara 1 joint venture held by Nautilus Minerals Niugini and the Independent State of Papua New Guinea's nominee, Eda Kopa (Solwara).

"The shipyard has continued to install components of [Nautilus'] seafloor production equipment on the PSV, with the latest being the installation of an operating console in mid-November," the miner said, noting there is no assurance that the discussions will be successful, and it continues talks with its lender on financial coordination.

The Solwara gold-copper-silver project in the Bismarck Sea is projected to be the world's first commercial deep-sea mining operation and has committed to maintaining a small extraction area.