Mining Machinery Developments (MMD) is putting its sizing technology to use destroying mines – that is, landmines 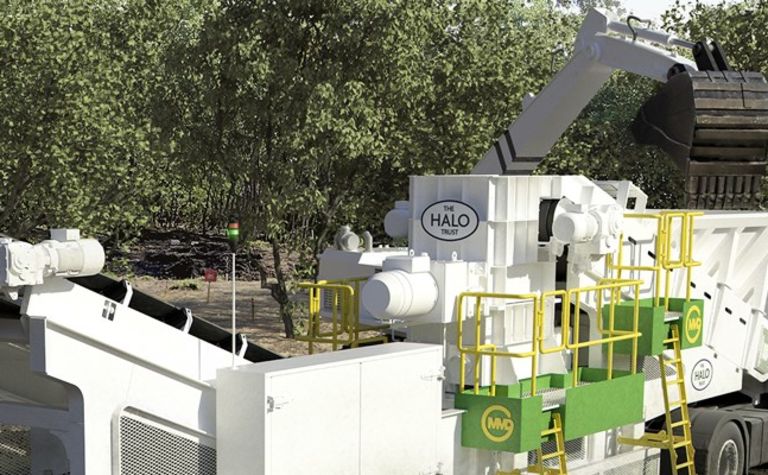 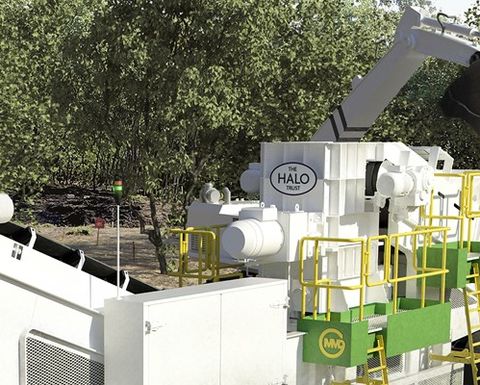 The MMD 'de-miner' at work

MMD created a mobile trailer rig that can be hauled in by a regular prime mover. The machine uses two MMD 350 Series sizers, which take large rocks and turn them into smaller rocks.

Soil from the landmine-affected area is tipped into the hopper of the machine and put through the two sizers. The unit can handle a variety of soil types, from hard and rocky to wet and sticky.

Should an anti-personnel mine go through it, the small amount of plastic explosives it contains - while devastating to human flesh - is not enough to damage the equipment.

The machine is also operated via remote control, minimising the need for humans to be close to the mine field.

Zimbabwe has some of the densest minefields in the world. There were thousands of landmines laid along the borders with Zambia and Mozambique during the Rhodesian Bush War in the 1970s. It has been estimated that since 1980 more than 120,000 cattle have been lost to the mines.

By 2025, it is estimated the rig will have destroyed more than 100,000 landmines, clearing about 75km of minefield. That means the land can be returned to the farmers sooner, children will be able to walk to school safely and valuable cattle will not be lost to landmine accidents.

The Halo Trust was set up in 1988 and counted Princess Diana as a patron. Her son Prince Harry became a patron in 2013.