A new research paper has documented the physical and chemical characteristics, location, and extent of a sediment plume within Quesnel Lake in British Columbia, Canada, for the first time since a mine tailings pond breach in August 2014. It also discussed the initial and potential long term effects of the breach on the Quesnel Lake ecosystem 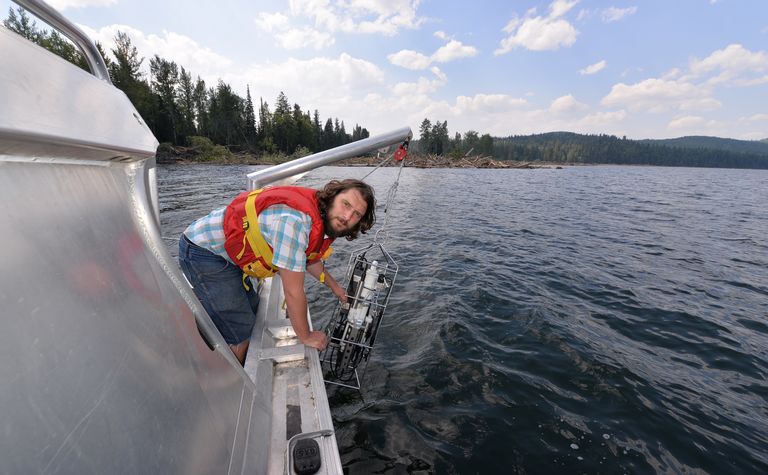 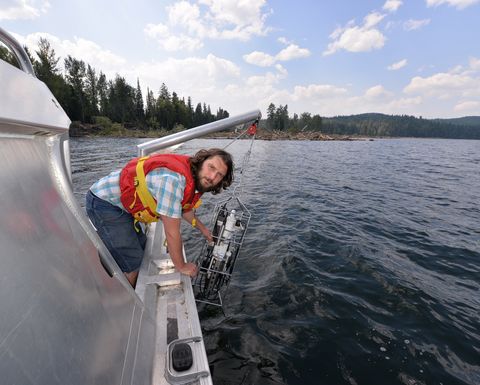 On August 4, 2014, a catastrophic breach of the Mount Polley mine tailings impoundment released approximately 25 million m3 of tailings and water and scoured an unknown quantity of overburden into the West Basin of Quesnel Lake.

The research paper is co-authored by five University of Northern British Columbia (UNBC) researchers and their collaborators. The impact of a catastrophic mine tailings impoundment spill into one of North America’s largest fjord lakes: Quesnel Lake, British Columbia, Canada, was published online by the journal Geophysical Research Letters on May 5.

UNBC scientists Ellen Petticrew, Phil Owens, Sam Albers, Stephen Déry and Nikolaus Gantner collaborated closely with researchers at the University of British Columbia (UBC) and the Department of Fisheries and Oceans (DFO) to produce this paper.

Researchers used historic in-lake mooring data, newly collected data, as well as publicly available information from the British Columbia Ministry of the Environment, Environment Canada, and the Mount Polley Mining Corp to compare pre-breach conditions to changes in the lake following the catastrophic failure of the tailings impoundment on August 4, 2014.

UNBC researchers were amongst the first on scene, owing to the proximity of the Quesnel River Research Centre to the location of the breach. The QRRC is located 23km from the Mount Polley mine (8km as the crow flies) and 10km away by boat from where Hazeltine Creek enters Quesnel Lake.

Dr Ellen Petticrew, lead author and UNBC geography professor, said: “The advantage of having a strong group of scientists who were already collaborating on other projects in Quesnel Lake, was that we were able to respond quickly to implement sampling. Knowledge of lake movement drives the chemical conditions which influences biological exposure is extremely important information for assessing and responding to an unplanned disaster of this scale and enabling us to evaluate the impact on the aquatic ecosystem.”

The study, reporting on results from August 4 through to October 4, found:

The researchers also identified knowledge gaps and stressed the need for continued monitoring to determine what lessons can be learned.

Dr Daniel Weeks, UNBC president, commented: “UNBC researchers from the Prince George campus and the Quesnel River Research Centre led the way by acting immediately to study the impact of the tailings pond breach. Ongoing analysis is crucial and UNBC researchers are committed to thoroughly investigating Quesnel Lake and documenting the post-spill environment.”

The study involved close co-operation with scientists from across British Columbia and involved graduate students and technicians. It was supported by Forest Renewal BC, DFO, UBC and UNBC.