Water management is on top of the mining industry agenda, and tailings management is becoming an ever bigger challenge for the industry, explains FLSmidth 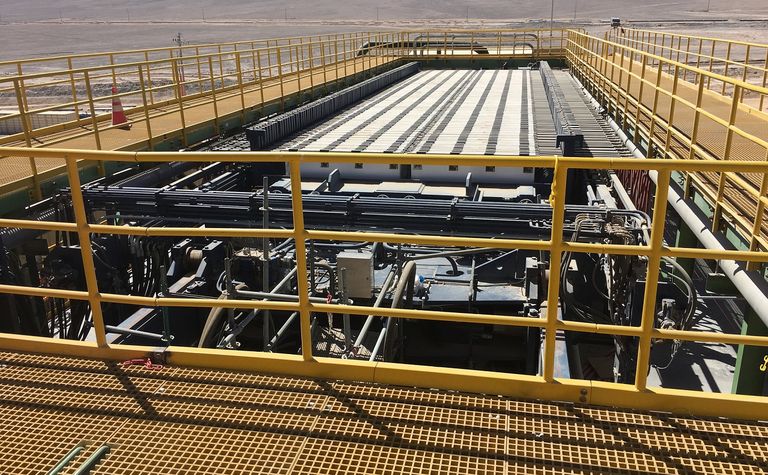 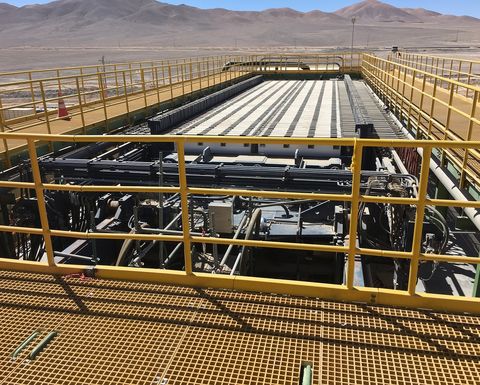 Dr Caius Priscu, head of mineral residue facilities at Anglo American, spoke to Mining Magazine in January about the rapid development of the past 15 years within dewatering technology. He regretted that while there are several dry stacked tailings (DST) systems operating around the world, the throughput tonnages of these plants are relatively small, so DST is not economically feasible for larger mines.

But with a breakthrough in filtration technology, FLSmidth is showing that a full DST solution is technologically feasible at a large scale – and that even for high tonnages, recovering 90-95% of the water can be economically competitive with desalination.

"This is no less than a step change in water management. It is the needed piece of the puzzle towards the only sustainable tailings management – dry stacked tailings – which maximises the water recirculated in the process,” states Todd Wisdom, director of tailings solutions at FLSmidth.

The increasing challenge of water

Tailings can make up as much as 98% of the total ore mined. In the wake of several tailings impoundment failures around the world, mine owners, regulatory bodies and engineering companies alike are heavily investigating alternate ways to manage tailings, rather than utilising wet tailings impoundments.

Besides the environmental and safety risk of dam failure, there are several other factors that are driving the industry to look for alternative solutions in tailings management. The first of these factors is water reclamation. With a significant number of the world’s largest ore deposits being located in arid regions, the water supply required to run the concentrator is important to the feasibility of the mine – access to water and the cost of desalination are increasing challenges for miners – and important to the local population.

Combine this with globally declining ore qualities causing increased tailings production with the need for larger tailings storage facilities and taller dams to contain them, and you get a large driver for a step change in technology.

It is widely agreed that DST is the most sustainable route for eliminating the environmental risk of tailings dam failures, while at the same time enabling the mining industry to continue (even in water-scarce areas) by enabling a recirculation of the process water with a minimum of water intake.

As the need for DSTs has increased, so has the need for larger and larger dewatering equipment to accommodate the potentially huge volumes of tailings that need to be dewatered. Some large mining operations produce over 100,000 dry tonnes of tailings per day. Dewatering this massive amount of solids to the geotechnical requirements needed for dry stacking requires large filtration areas – using old technology, this would require football fields of filters, all of which would need the associated piping, valves, pumping and conveyances.

To reduce the number of filters, FLSmidth decided to develop an economically viable system for dewatering high tonnage in the scale of >120,000t/d of tailings.

"As the ore grades decline, the revenue per tonne will decrease accordingly, and so we need to decrease the cost of tailings processing to make the operation economically viable and our solution cost competitive with alternate technologies," explains Wisdom. 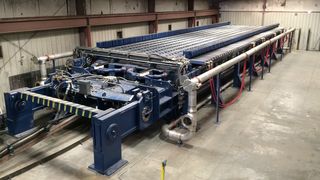 To optimise the capital and operating costs of plants operating at large tonnages, FLSmidth came up with the AFP-IV ‘Colossal’ filter, which requires less than half the number of filters that would be required to dewater large volumes of tailings when compared with other readily available large filters. The new filter not only increases the amount of water that is returned to the plant for reuse, but is also able to decrease the amount of water that is lost to the environment through evaporation and seepage – two major hurdles that can be expensive and difficult to overcome in traditional wet tailings facilities.

To prove the operating and financial benefits of the large format tailings-dewatering facility, FLSmidth partnered with a large mining company in Chile and installed a complete tailings filter system to process approximately 10,000t/d of whole tailings. A full-scale implementation of this technology would allow the mine to operate with a water make-up ratio of 0.2m3/t. Compared with a traditional sand dam’s water ratio of 0.7m3/t, the filter solution would enable the mining company in Chile to reduce its fresh water intake by over 70%. This enables the mine to reuse more than 90% of its process water.

Water can be scarce in Chile, especially in the arid north where most mining takes place.

Chile’s Copper Commission (Cochilco) has predicted that demand for fresh water from the copper sector is expected to grow 38% by 2021, and that desalination technology is expected to meet half the industry’s water demand by 2026.

According to Consejo Minero, Chile’s mining council, the cost of desalinated water delivered to a mine in Chile is US$5/m3 when factoring in the cost of the coastal desalination plant, pipelines, high-pressure pumping stations, a reservoir at the mine site and high-voltage infrastructure to power the system.

“With our breakthrough development in filtration technology, DST operating and capital costs are now competitive with traditional technologies for large mines. A large copper concentrator with a tailings output of 100,000t/d could in 10 years save 200 million m3 of water by using DST technology," states Wisdom. "In Chile that would translate into US$1 billion saved over 10 years for desalination.”

FLSmidth's AFP-IV ‘Colossal’ filter is a filter press that uses high pressure and fast filtering to achieve much larger single-machine capacity and the optimum cake moisture concentration compared with other filter types. While vacuum filters are not effective at higher altitudes, and belt presses and centrifuges are only effective for small tonnages, filter presses are able to use higher driving forces to achieve the high dewatering rates, and they can operate effectively at higher altitudes. This allows them to have the smallest installed footprint and low installed costs along with the greatest operational flexibility.

"Operational flexibility is needed as the tailings filtration characteristics change over the life of the mine. For these reasons, we believe that large filter presses like this one will become the equipment of choice for high-tonnage tailings dewatering applications," says Wisdom.

The feed to the filter press is pumped from a buffer tank, which has sufficient capacity to allow a constant flow from the tailings thickener, during the batch filtration process. The pumping of the feed slurry under pressure, into the chambers/cloths, provides the force to build a cake within the chamber. As the cakes form, the pressure to produce a properly compacted cake rises steadily. Most filter presses on tailings applications operate with up to a 15bar driving force. Using FLSmidth technology, this driving force can easily be reached using just the feed pumps to the filter. After the cake is formed, high-pressure air, in the range of 7-10bar, can be blown through the cake to further reduce its moisture content and produce a non-saturated cake if that is required.

The cake is formed by the capture of solids on filter cloths that encapsulate the filter chambers. The press is closed by means of hydraulic cylinders and the multiple plates, which when closed, form the chambers that the filter cake is captured in. The moisture of the discharged filter press cake is in the range of 10-25wt% and can be either saturated or unsaturated depending on the filter design and geotechnical requirements.

According to FLSmidth, the new filter is the largest-capacity filter in the industry. It is capable of discharging 20,000t/d of filter cake, and is capable of recovering 600m3 of process water per hour – equal to six Olympic-sized pools per day.

"To cover the need of a large mine with 150,000t/d of tailings, 10 filters would likely need to be in operation. In arid climates, the amounts of water saved more than offset the costs of this solution; that notably also saves vast amounts of energy. And it enables mining to continue in areas of the world where access to water is still more problematic," concludes Wisdom.

Tailings reprocessing could be on the cusp of wider adoption