Due to the ongoing threat of COVID-19, the government of the Canadian province of Quebec has ordered the closure of all non-essential businesses from midnight on March 24 until April 13

As part of this directive, industrial complexes in the aluminium sector are designated as essential; mining operations are also listed, but must reduce their activities to a minimum. In addition, essential businesses that stay open must ensure that the people in their establishments comply as far as possible with the principles of social distancing.

Mineral exploration and mineral processing are not listed as essential businesses in Quebec.

The government of neighbouring province Ontario also ordered the mandatory closure of all non-essential workplaces for two weeks, as opposed to three in Quebec. However, the definition of ‘essential business' in Ontario includes mining operations, production and processing; mineral exploration and development; and mining supply and services that support supply chains in the mining industry, including maintenance of operations, health and safety.

Some of the companies affected by Quebec's directive include:

Agnico Eagle Mines said it will ramp down its operations in the Abitibi region of the province in an orderly fashion while ensuring the safety of employees and the sustainability of the infrastructure.

These operations - the LaRonde complex, the Goldex mine and the Canadian Malartic mine (a 50-50 joint venture with Yamana Gold) - will be placed on care and maintenance until April 13, and minimal work will take place during that time.

In addition, the company will reduce activities at the Meliadine and Meadowbank mining operations in Nunavut, which are currently serviced out of Mirabel and Val d'Or, Quebec. Exploration activities in Canada will also be suspended during this period.

Sean Boyd, CEO of Agnico Eagle, said: "The health, safety and well-being of all our employees and the communities that we operate in continue to remain our priority.

"Even with the reduction in mining activities, we plan to maintain a state of operational readiness in order to resume normal operations in a timely and safe manner once the restrictions are lifted."

Champion Iron will ramp down operations at the Bloom Lake mining complex, which is located approximately 13km north of Fermont, Quebec. Essential workers will remain on site to reduce mining activities to a minimum until governmental approvals are granted to resume normal operations.

David Cataford, CEO of Champion Iron, said: "As requested by the government of Quebec, we will participate in the collective effort to limit the spread of COVID-19. With strong financial liquidity, our company is in a resilient position and will take responsible actions to minimise the risk for our employees, partners and affected communities.

"Our operations have remained robust and we will implement procedures to enable normal operations to recommence as soon as possible upon receiving a directive from the government."

Eldorado Gold will temporarily minimise operations at its Lamaque mine near Val-d'Or, Quebec. Effective March 25, the company will ramp down operational activity and maintain only essential personnel on site responsible for maintaining appropriate health, safety, security and environmental systems.

George Burns, president and CEO of Eldorado Gold, said: "Our focus and number one priority is our people and supporting local families and communities. While we are temporarily suspending operations at Lamaque, we continue to run our global operations at modestly reduced manpower levels at this time. This is a result of us putting people first and taking proactive steps to mitigate potential risk to our workforce and mandating work from home where possible.

"We remain focused on ensuring that these temporary disruptions to our business do not impact long-term value. Inventories of key suppliers, trade routes and delivery times have been reviewed and remain unaffected at this time.

Eldorado Gold also reported that it has received a Certificate of Authorization from the Quebec Ministry of Environment to allow for the expansion of underground production from the Triangle deposit at Lamaque from 1,800t/d to 2,650t/d, once operations resume.

Burns said: "Today's receipt of the expansion permit at Lamaque will create jobs and increase value for local communities, Quebec and our shareholders once the temporary suspension is lifted and we are safe to return to normal operations."

Glencore's Raglan mine in the Nunavik region of Northern Quebec will stop operational activities. The company said that various teams are establishing plans to transition the site to care and maintenance.

There were already measures in place at the mine to minimise the potential spread of the virus to this region, which is both remote and has limited capacity in its health network; these included cancelling the transport of people who were off-site to the mine.

Hecla Mining will suspend operations at its Casa Berardi gold mine in western Quebec. The mine will have limited operations to protect the facilities and environment while operations are suspended.

"The government of Quebec ordered the mining industry to reduce to minimum operations as part of the fight against the COVID-19 virus, so we are suspending our Casa Berardi operations," said Phillips S Baker Jr, president and CEO of Hecla Mining.

"We do not have a case of COVID-19, so we are disappointed for our workers and their families, our suppliers and other stakeholders that we have had to take this action. We look forward to Casa Berardi resuming normal operations as soon as possible."

Iamgold will place its Westwood gold mine in Preissac, Quebec on care and maintenance within the provincial directive timeframe. According to the company, minimal staff will be in place during this period, and will follow strict hygiene and screening protocols, in addition to social distancing. It added that Westwood is well-positioned to quickly and safely ramp-up mining operations at the appropriate time.

The company will also close its office in Longueuil, Quebec, with the work-from-home protocol already in effect.

Newmont's Eléonore mine in Eeyou Istchee/James Bay, Northern Quebec is one of the company's four operations in Canada, Argentina and Peru to be temporarily put into care and maintenance. The company said that the operations will be positioned so they can safely and quickly resume normal operations once protective measures have been lifted.

At the Eléonore mine, Newmont has decided to limit personnel on site to comply with the Quebec government's restriction on non-essential travel within the province and to prevent the possible transmission of the virus into communities, including nearby First Nations communities. Essential personnel will maintain infrastructure, continue environmental management and provide security at the site.

Osisko Mining has suspended operations at its Windfall gold project, which is located in the Abitibi greenstone belt in Eeyou Istchee/James Bay, Northern Quebec.

To date, Osisko has had no suspected or confirmed cases of COVID-19, and the company has had a COVID-19 protocol in place since March 11 to protect its workforce.

Rio Tinto plans to slow down its operations in Quebec as a result of the government order. The company stated that it will work with the government to comply with its directive in relation to its Quebec operations, and any impacts to operations or production guidance will be reported to the market in due course.

The company's operations in the province include the Fer et Titane titanium dioxide mine in Havre-Saint-Pierre, a refinery and smelters in Saguenay-Lac-Saint-Jean and a port and stockpile in Sept-Iles (part of the Iron Ore Company of Canada operations, of which Rio Tinto has a 58.7% stake).

J-S Jacques, CEO of Rio Tinto, said: "The health and safety of our people is Rio Tinto's key priority and we are supportive of the action being taken by various governments to address the threat of COVID-19. We will continue to work with our employees, customers, communities and suppliers to minimise any impact of action being taken to reduce the spread of COVID-19."

The company stated that it is committed to the wellbeing of all its stakeholders. It added that it has had no suspected or confirmed cases of COVID-19 at any of its locations, and the company has implemented a COVID-19 protocol to do what it can to protect its workforce, to protect its contractors and to protect all of the communities in which it operates. 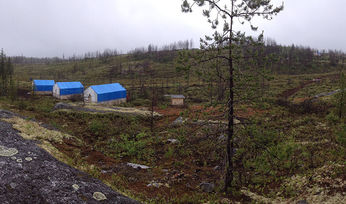 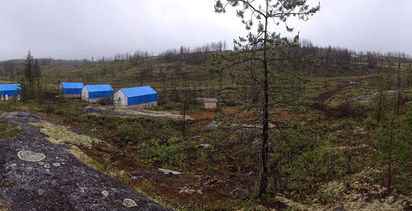 Sunset comes for Sunrise Coal mine