As Ivanhoe Mines continues its work on the Kamoa-Kakula copper complex in the Democratic Republic of Congo (DRC), it confirmed the underground development is moving ahead of schedule and the mine could see first copper production earlier than planned. 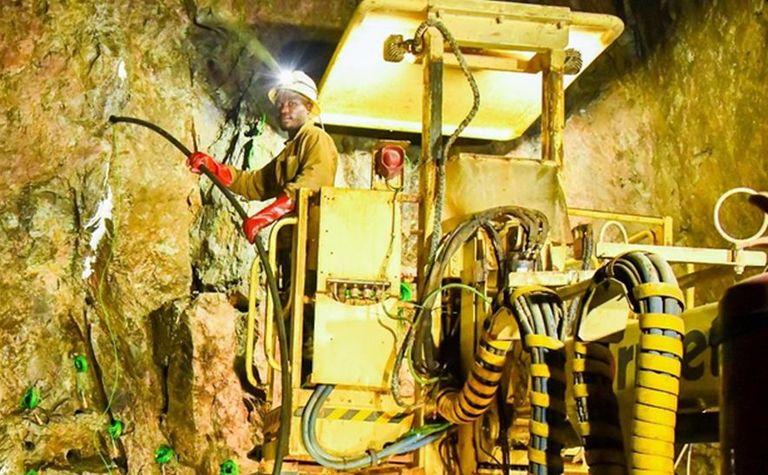 Inside Kamoa-Kakula in the DRC

According to company co-chair Robert Friedland, development has been wrapped up on more than 18.7 kilometres underground - or about 5.5km ahead of schedule. Crews recorded 1,635 metres in July alone, or 257m more than targeted for the month.

In addition, at the mine's high-capacity 2,000-tonne-per-hour ore conveyor system at the Kakula North declines, final commissioning is currently underway with operations to begin soon.

At this point, the mine's surface stockpiles contain about 116,000t of ore grading 6.08% copper, plus 446,000t grading 2.73% copper; this includes satellite stockpiles at Kakula South and Kansoko.

Structural steel and equipment for the mine's processing plant are next on the list; more than 300 truckloads of supplies are to be delivered before the end of this month. The facility's two ball mills, each measuring 9.75m (32ft) long and 6.1m (20ft) in diameter have been completed, and the third and final shipment of components should be on-site by the end of September.

Once online, Kakula is projected to be the highest-grade major copper mine in the world, producing 3.8 million tonnes per year initially.

It is also designed to have one of the top environmental footprints in the industry across tier-one copper operations, Friedland said.

"It will be powered by clean, renewable hydroelectricity and be among the world's lowest greenhouse gas emitters per unit of copper produced. It also will have a relatively tiny surface footprint as approximately 55% of the mine's tailings will be pumped back into underground workings," he said.

Ivanhoe looking to mid-year for start of DRC mine.