Gold miner Orla Mining is on schedule for first gold by the end of this year at its Camino Rojo project in Mexico. 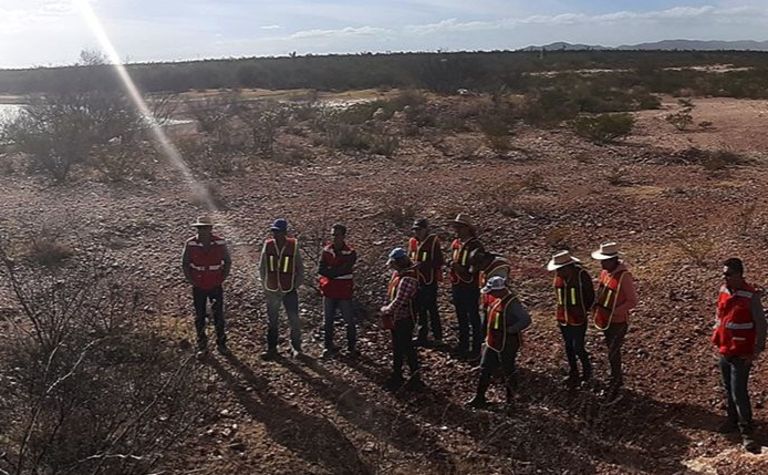 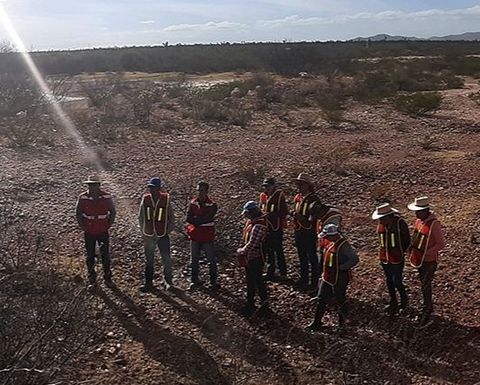 At the Camino Rojo site in Mexico

In a construction update report, the company confirmed that engineering is 94% complete and that it has made 10% progress with construction.

The update added that 93% of its project purchase orders have now been made, and contract awards made for earthworks, concrete, electrical and mechanical, diversion channels, a permanent camp and ancillary buildings.

Orla has selected a mining contractor, the name of which has not been released, with final negotiations ongoing; the selected group will begin mining activities later in the June quarter.

Construction activities at Camino Rojo currently involve earthworks as well as the installation of the camp and offices. Back-up water wells are also being drilled, and the site fence is being erected.

Excavation of the process pond and reclaim tunnel areas has commenced, while the foundations are also being prepared for the Merrill Crowe plant, crusher, camp and ancillary buildings. A 33-kV power line to the site was given approval from the country's electricity commission last year, and at current that component of the project is 73% complete.

Orla added the Merrill Crowe plant, and the fabrication of crushing, conveying and stacking equipment all remain on schedule. In the fourth quarter, the miner is expecting delivery of the process plant equipment. So far, its deliveries made include crushing, stacking and conveying equipment, along with heap leach and solution pond piping and liners.

Also in the report, the miner said its capital committed costs are also in line with or below its estimates, coming in at US$95.9 million as of February 28. Project crews have made progress safely, too, recording 127,000 person-hours in the most recent quarter at Camino Rojo without a lost time incident (LTI).

Camino Rojo, located in the Zacatecas state in central Mexico, is 100% owned by Orla.