De Beers has reported a record winter road season at its operations in Canada. Over 53 days, its three remote mine sites were resupplied over a programme that included 1,282 truckloads of equipment and cargo, 1,425 loads carrying 57.7 million litres of fuel, and a record backhaul programme of 498 truckloads from Snap Lake mine 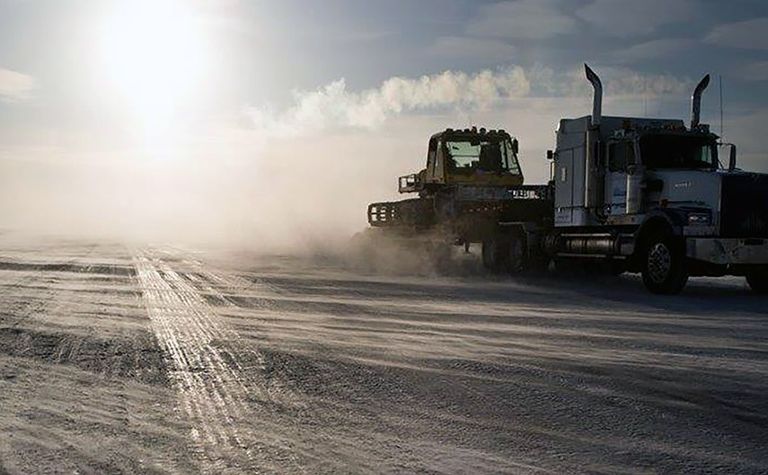 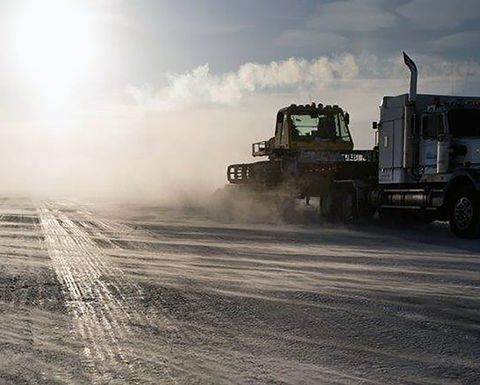 De Beers said all three programmes were 100% successful for 2017, despite challenging weather conditions

In the Northwest Territories (NWT), De Beer is a member of the Tibbitt-to-Contwoyto Winter Road JV that operates the main trunk ice road through the territory. In addition, De Beers also built and maintained two separate ice roads: a 30km spur road connecting Snap Lake to the main ice road and a 120km spur road connecting Gahcho Kué mine to the main ice road.

In Northern Ontario, De Beers is also involved in a 400km winter road linking Victor mine to Moosonee. De Beers supports the construction and maintenance programme for the 300km road between Moosonee and Attawapiskat First Nation, then De Beers builds the final 100km section from Attawapiskat to the mine. The first loads from this year’s programme arrived at the mine on February 7, while the final loads arrived at site on March 12.

De Beers said all three programmes were 100% successful for 2017, despite some challenging weather conditions; unseasonably warm weather delayed the start of the Victor programme for almost a week, while blizzards shut the Gahcho Kué spur road for six days.

At Snap Lake, the care and maintenance team and winter road contractors accomplished a major backhaul programme, moving a NWT record of 498 truckloads of equipment, cargo and other materials off site. This was part of the planned programme in support of Snap Lake moving into extended care and maintenance.

Sabina plans to mine the Echo open pit as well as seven quarters from the Umwelt open pit.

Mining in a frozen world