Mining in a frozen world

The arctic holds a new allure for miners, but they must be equipped to address a unique set of operational challenges if they want to extract its rich resources. MM investigates 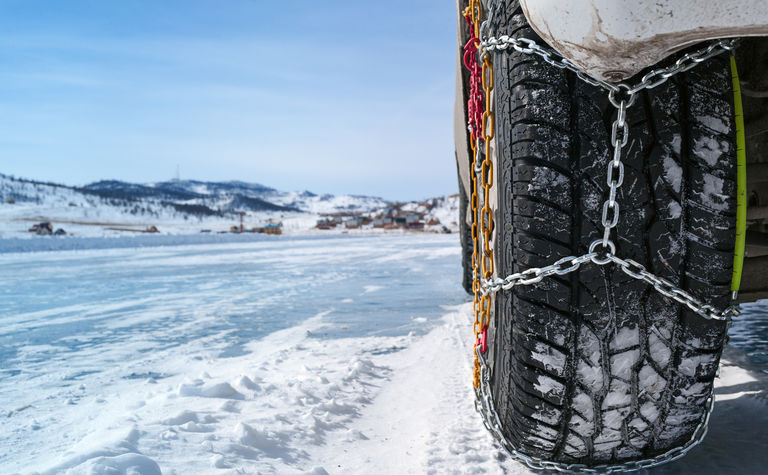 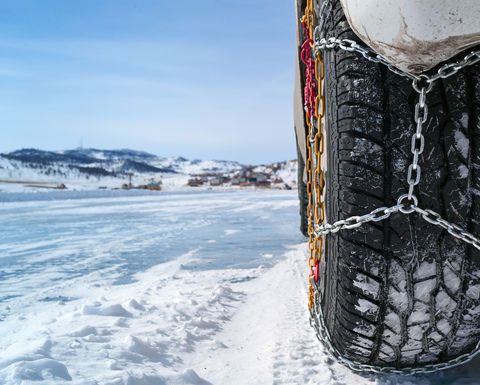 This summer the Christophe de Margerie, a Russian tanker made a very special journey from Norway to Korea via the Northwest Passage. For the first time ever, its usual companion - an ice breaker - was not needed.

The arctic ice is in retreat and unlocking critical access routes. Canada has recently revealed plans to create the Central Arctic’s first deep-water port midway along the Northwest Passage and the Yukon is to get a substantial funding package to improve road access to mineral-rich areas.

Global warming and the depletion of high-grade resources elsewhere on the planet are  heralding in a new age gold rush. As Alrosa announced the find of two enormous diamonds in Yakutia this summer, one weighing in at 83.5 carats; a host of junior miners, as well as many established players also announced significant finds or embarked on plans for new arctic ventures.

Western Copper and Gold is one of many miners taking advantage of new access possibilities in Canada. Its Casino project is reported to hold one of the largest copper-gold deposits ever discovered. Plans for the project on the Yukon Plateau, which will feature a 120,000t/d concentrator to produce copper-gold-silver and molybdenum concentrates, came a step closer to fruition in September. Complete funding for upgrading the initial 82km of the existing access road was announced alongside partial funding for an additional 126km of new road to the site from the territorial and federal government.

Part of a larger plan to improve access to the Yukon, the Mining Association of Canada has called the roadways "critical infrastructure that will greatly assist the territory in seizing growth opportunities."

Earlier this year Goldcorp won approval to go ahead with the Coffee Gold project in the northern reaches of the Yukon. For Brent Bergeron, director of CSR, the location had two special challenges.

“In the infrastructure design we had to pay special attention to climate change and the speed of its impact. If you are building on permafrost then your whole infrastructure becomes unstable if it should start to melt and the structure expands,” he tells MM.

“Our other great challenge in the more northern regions of Canada is getting the trust of First Nation communities whose lives are intrinsically tied to the land. They want their traditional land usage patterns interrupted as little as possible and to know that afterwards it will be returned in the same pristine state that it was entrusted to us in. This has particular implications for seeking out new tailings management approaches.”

In partnership with FLSmidth, a leader in solid-liquid separation, Goldcorp is pioneering dry-stacking technology as a safe, environmentally friendly tailings solution.

OEM’s are also rising to the arctic challenge. Sandy Gray, technical director of Gekko Systems is proud of the successful installation of a Python process plant at the Hope Bay project owned by TMAC Resources in northern Canada, which is located in the area of the proposed new port.

The Doris gold mine and mill produced its first gold in February and is highly sophisticated in the sense that it includes a full suite of the latest Gekko technology with the capacity to process 1,000t/d of mill feed. It also has a concentrate treatment plant capable of treating up to 300,000oz/y of gold ore.

“The plant features a modular design which could be largely built in Australia and was very simple and fast to pack and install, but it still features nearly every aspect of our latest technology. Temperatures in the area drop to as low as minus 50 degrees Celsius, so the plant and equipment had to be designed to withstand such conditions,” Gray says.

Transport to the remote site was another issue. The Python had to be shipped in 200 containers with a strict timeline that gave just a six to eight week window before the arctic weather closed in again on the sea access route.

Amec Foster Wheeler has worked on the development and expansion of North America’s arctic, subarctic and remote mines for over thirty years. Its subsidiary, Terra Nova Technologies, is supporting the development of Nordgold’s Gross gold project in Yakutia, Russia. This is an open-pit gold mine which is expected to produce approximately 12Mt of ore and around 230Koz of gold per annum once production begins next year.

“It is one of the coldest spots on earth,” says Grant Graber, director of project development at Terra Nova. “The ground is snow-covered from October to May and the permafrost extends to approximately 400m depth below.”

He also points out that labour productivity is reduced versus ‘normal’ conditions for operations and maintenance, and there are critical safety considerations. “Generally, more people, equipment and time are needed to perform even straightforward and routine tasks such as changing a motor, which in sub-zero weather requires the use of diesel fuel for mobile heaters and lights and crews to build hoarding structures.”

Diesel fuel has long been the primary source of energy for remote arctic mines explains Ruixue Wang, arctic engineering specialist with Ausenco, citing the examples of De Beers' recently opened Gahcho Kué diamond mine and Agnico-Eagle's Meadowbank gold mine, both in Canada. 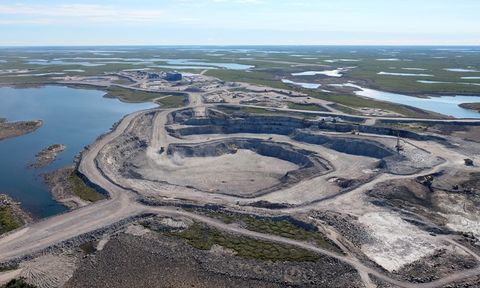 However, diesel powered plants are associated with high logistical, operating and environmental costs.

"Logistics planning is critical to the project during the design and operating phases, because some arctic mines are only able to receive supplies of diesel fuel for a few months each year. Large storage tank farms need to be constructed on site in order to support year-round operations,” says Wang. “For example, diesel fuel is supplied to TMAC's Hope Bay gold mine by barges or ships for only 2-3 months in the summer which meant that a tank farm with 30 million litres of storage capacity had to be constructed."

A dedicated tank farm (60 million litres capacity) at Baker Lake was constructed for the Meadowbank mine to receive fuel during sealift season in Hudson Bay. The fuel is then transported to the tank farm located at the mine site via a 108km all-season road by tanker trucks. Similarly, the Gahcho Kué mine can only truck in fuel once a year through the Tibbitt to Contwoyto Winter Road (TCWR) and a 120km spur winter road during February and March.

Mine operators in the arctic are constantly seeking ways to optimise their energy use. "We commonly see mines using simple strategies such as the use of recoverable waste heat from the power plant for heating the process plant and other facilities and the recirculation of plant air on cold days," Wang adds.

Depending on the project location and logistical infrastructure available to the mine, alternative energy or renewable energy sources are just starting to be explored. For example, Glencore's Raglan mine uses a wind turbine to cut energy costs, and plans for the Casino project include C$220 million allocated for a natural gas plant on site.

The Aitik copper mine owned by Boliden in northern Sweden is one of Europe's largest open-pit copper mines with a long history of stable, cost-effective production. Like all arctic sites, it undergoes significant changes during the seasons. Spring thaws create a quagmire of mud for mobile equipment, and winter blizzard conditions can cause snow drifting against structures and roads and freeze equipment.

Hans Jonsson, mine manager tells MM that operating effectively in these conditions is all about planning. “It is good planning that makes our operations manageable. We have to have equipment immediately at hand for snow-ploughing, de-icing and sanding, and address the big challenges placed on water management and the storage of process water during the spring thaw,” he says. “We plan carefully to execute maintenance on outdoor equipment during the warmer period of the year, and maintenance on mobile equipment is mostly carried out indoors so we need more workshop space than mines in warmer climates.”

Jonsson also sees big advantages in employing staff from the local community, and his views are echoed by Hans Hinrichsen, general manager of the Greenland School of Minerals and Petroleum.

“We teach arctic first aid, and the special equipment handling skills needed to operate with frozen ground conditions, but no one is as well adapted to the conditions of the arctic as the people who were born there,” he states.