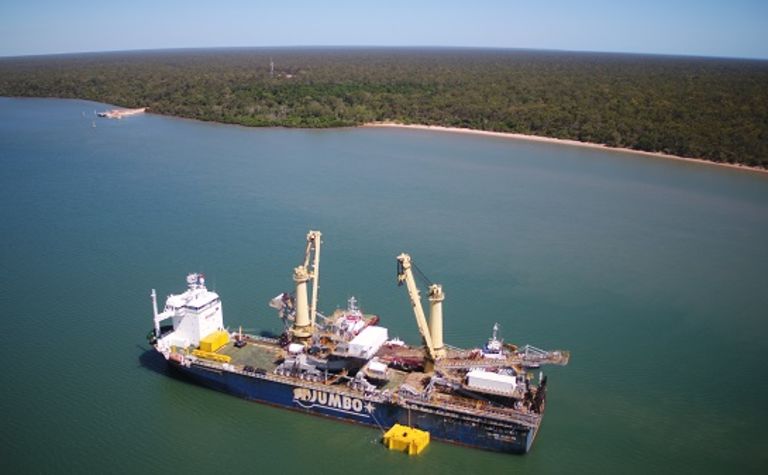 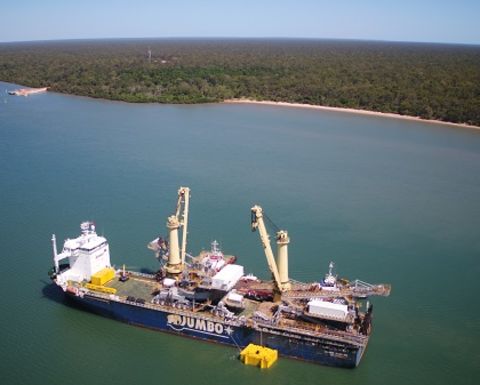 Key infrastructure for the Amrun project en route to Weipa

PRESS RELEASE: In late 2016, engineering company Sandvik awarded Civmec, a Western Australian-based fabrication company, a contract to deliver a 550t stacker and a 1,700t reclaimer for the project.

Following 16 months of fabrication, the modules arrived on a heavy-lift vessel, following a nine-day voyage to Queensland. The infrastructure pieces will form a vital component of Rio Tinto's A$2.6 billion (US$1.9 billion) Amrun bauxite project on Cape York Peninsula.

Rio Tinto Amrun project general manager Marcia Hanrahan said: "The remoteness of the Amrun site meant the safest and most efficient way to approach this type of construction was to fabricate the infrastructure into large-scale modules.

"The infrastructure has created employment on both sides of Australia, with fabrication and part-commissioning of the modules generating 150 jobs for West Australians and 100 jobs for Queenslanders, who will construct and fully commission the units now they have arrived at site."

Sandvik director of projects Aaron Di Giacomo said: "It was a tremendous opportunity to manage the fabrication and pre-assembly of these important machines for Rio Tinto on Australian shores."

The function of the stacker is to receive bauxite after it is processed and build stockpiles ready to be loaded onto ships. The reclaimer then collects or ‘reclaims' bauxite from the stockpiles and delivers the product via conveyor to the shiploader, which loads bulk carrier vessels.

The Amrun site team are expected to take ten days to unload the modules from the heavy-lift vessel and a further six months to assemble and commission the machines.

The shiploader is the final piece of infrastructure outstanding for the project and is expected to be shipped from Western Australia mid-year.