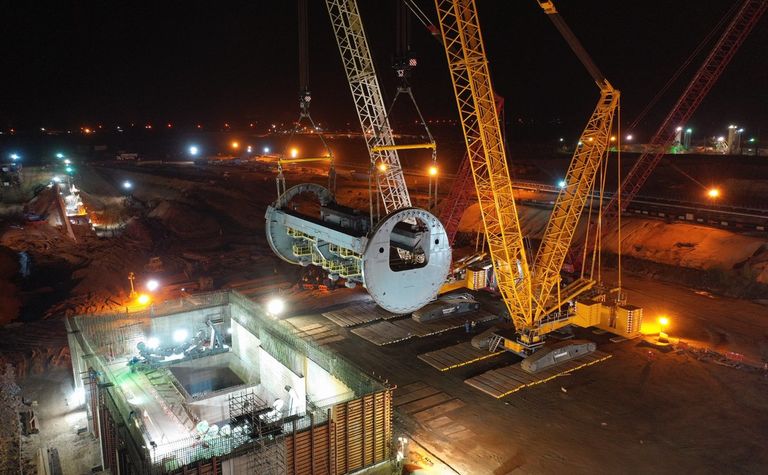 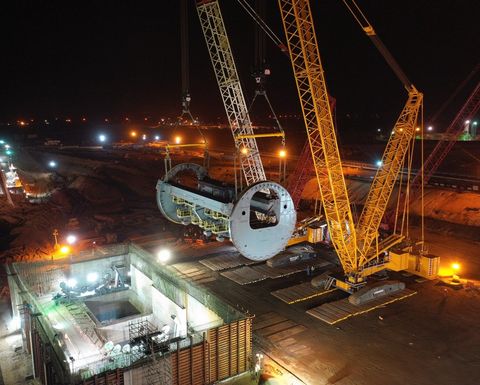 Fluor worked with GAC to achieve the construction milestone

Fluor is serving as the African project's engineering and programme management partner; in addition to the 450t assembly, the project encompasses a 12Mt/y bauxite mine, a dedicated export terminal in Port Kamsar and rail and other infrastructure upgrades.

The car dumper facility, considered critical to the mine's logistics and operations, took three days, two 750t cranes and multiple self-propelled modular transporters to place. Fluor noted that the final lift required special preparations so that the assembly could be hoisted over the walls of the car dumper facility into its final location.

It took a 200-person team to complete the massive project, which will serve a large role at the complex. Bauxite is transported from the mine to Port Kamsar by rail, where it is shipped to customers. At the port, the car dumper facility unloads bauxite from the rail wagons, and the newly placed rotating assembly is critical to that effort.

"This milestone was achieved due to the collective efforts between the GAC and Fluor project teams," project director Troy Gilson said.

"This critical milestone was executed safely after six months of detailed planning with a team focused and committed to working safer together."

The project is set for completion this year, and has so far logged more than 8 million lost time incident-free hours. 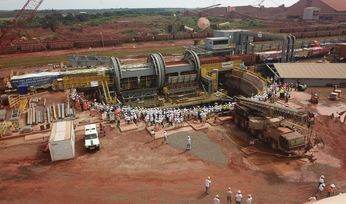