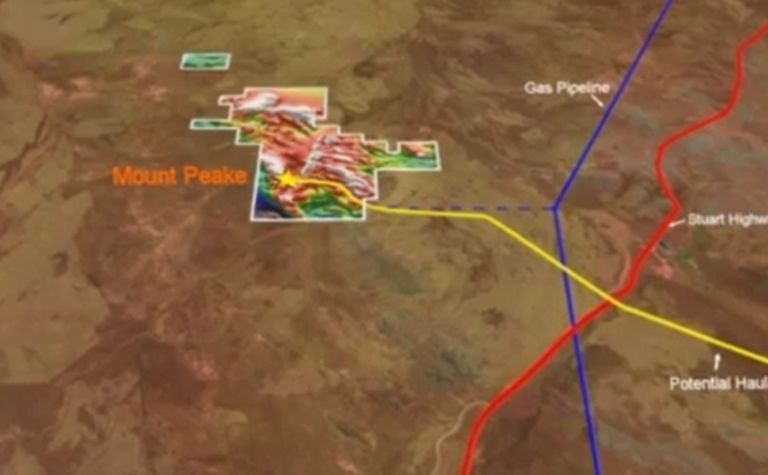 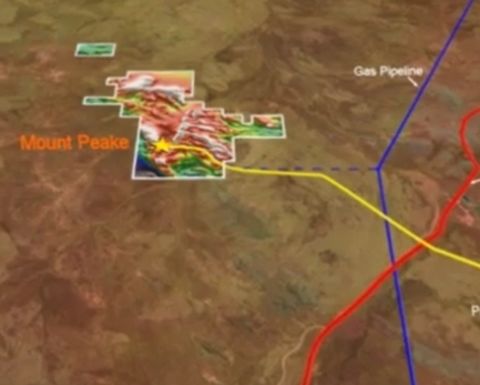 An illustrated map of Mount Peake

TNG said the appointment encompasses work at both the Mount Peake mine site north of Alice Springs and the Darwin Tivan processing facility. It will be worked in parallel with the front-end engineering and design (FEED) study for the project currently being overseen by SMS Group.

Specifically, MCM will progress current NPI planning, finalise the detailed scopes of work and scheduling at both sites, and work alongside TNG on projects such as tendering document development and management strategy for the design and delivery phases.

TNG did not indicate the length or value of the contract.

Mount Peake is TNG's flagship property; it owns 100% of the asset. The company has said the mine will be a top 10 global producer.

Processing will be handled by Darwin using the Tivan process for the ultimate processing capacity of 243,000 tonnes of vanadium pentoxide, 3.5 million tonnes of titanium pigment and 10.6 mt of iron oxide over an initial mine life of 17 years.

TNG teams up with NT contractors