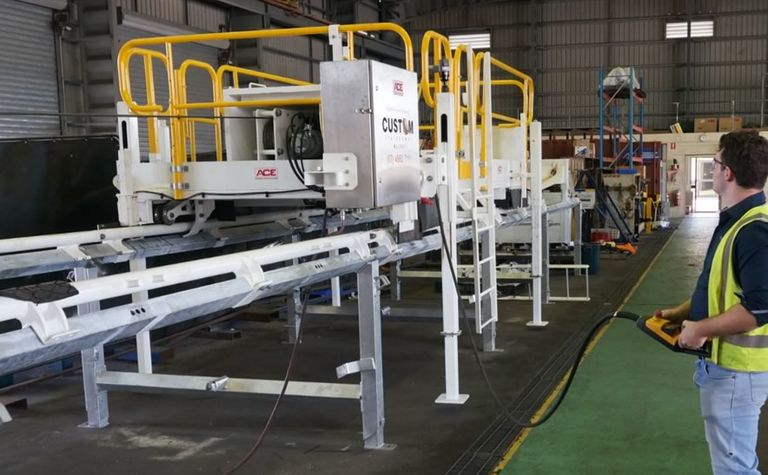 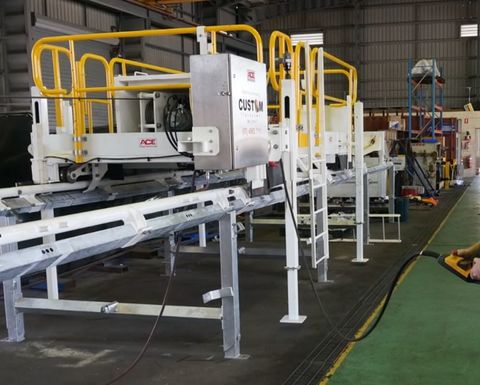 The new system, formally called the Mobile Bolting Working Platform, serves as a replacement for a scaffolding system built over the conveyor for roof bolt installation at the North Goonyella mine west of Mackay.

Fenner noted that the previous method was labour-intensive and actually slowed the advancement of the mine’s longwall, because the system itself was hard to advance.

The solution, which recently won a Peabody Global Safety and Health Innovation Awards honour, is the brainchild of a tandem effort between the miner and Fenner Dunlop, and was identified by the pair as an improvement for safety as well as efficiency.

“The solution involved the development of a custom-designed Mobile Bolting Working Platform positioned on wheels above the conveyor structure,” the conveyor supplier said. “The platform is operated by a dual directional air winch with remote control pendant, allowing the platform to be safely and efficiently advanced along the conveyor chamber with little operator effort required.”

The two companies said that the solution’s implementation has brought a significant reduction to miners’ exposure to manual handling injuries. It has also improved installation rate for roof bolts that resulted in secondary supports ready well ahead of the advancing longwall.

Fenner Dunlop will be placing its second system into use later this year at another underground coal operation, this time in New South Wales.