A new service from Total UK Limited enables open gear drives to be cleaned in as little as one hour, without the need to shut down equipment, potentially saving up to 48 hours of downtime 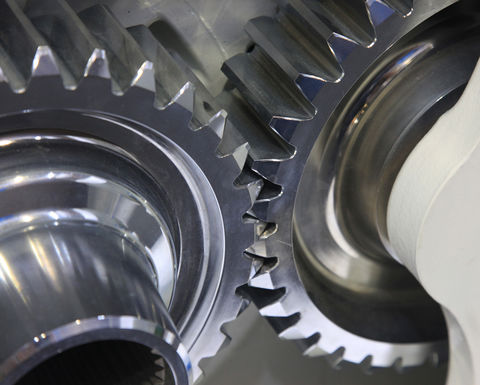 Lubriclean EP cleans open gears while they are in operation

Total UK has become the sole UK distributor of Lubriclean EP, a solvent that cleans open gears while in operation, even under heavy loads and in dusty environments. It has been developed primarily to meet the needs of customers in the cement and mining sectors.

The product has been formulated to clean the high levels of contaminants that regularly accumulate in open gear drives, removing abrasive dust, grease and lacquer, all while the gears are in use.

With the solvent, large, in-operation gears can be cleaned in as little as one hour, saving up to 48 hours of lost productivity. Despite its powerful action, Lubriclean EP is non-toxic, safeguarding operators and the environment from chlorine, aromatics and volatile organic compounds (VOCs).

Operators are provided with the cleaning kit, full on-site support and training, and personal protective equipment (PPE) by Total and Lubrilog's skilled staff.

Pantelis Zoupas, lubricants marketing manager for Total UK, said: "Lubriclean EP is a game-changer for kiln and mill open gear cleaning, which can be completed effectively in as little as one hour without shutting down production, potentially saving cement and mining businesses millions of pounds."