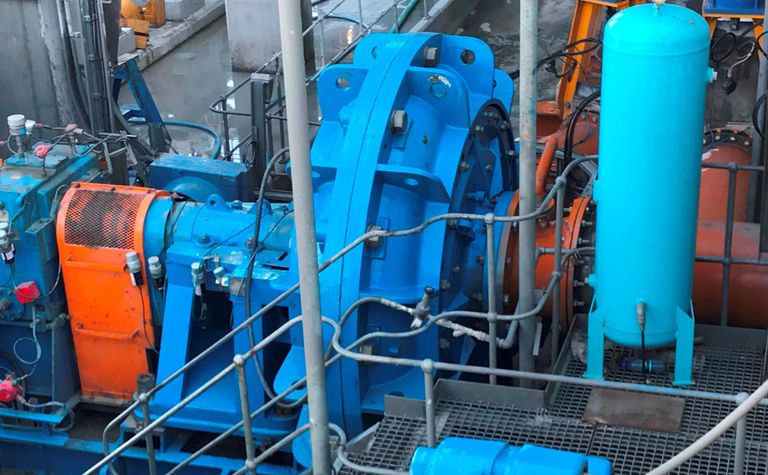 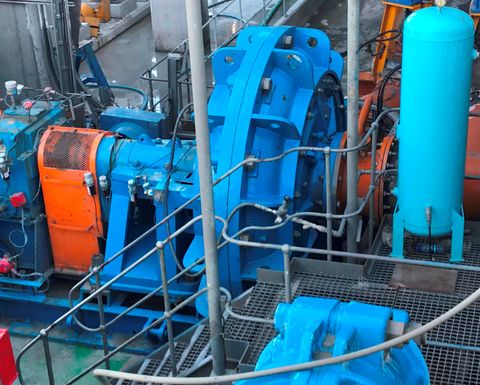 A Warman MCR 450 installed at the Mogalakwena mine

The pump solution, equipped with a rubber lining and metal impeller, was provided by Weir Minerals Africa.

The mine, near Mokopane in South Africa's Limpopo province, is the world's largest open-pit platinum mine with one of the lowest operating costs. In line with the mine's focus on productivity, Weir Minerals Africa proposed this pump solution as it offered a higher volumetric capacity in anticipation of future increases in throughput requirements.

Online for 78.9% of the plant operational time, the pump was able to deliver significant savings through lower power consumption. After 3,000 hours in operation, the Warman MCR 450 pump was examined to evaluate the wear rate of the hydraulic components. Localised wear was evident on some of the components, and the mine decided to continue running the pump to point of failure. Weir Minerals Africa stated that the improved wear life will result in a significant saving for the customer.

Based on the mine's satisfaction with the way the pump met its objectives, it has placed an order for three Warman MCR 450 pump conversion kits to retrofit the remaining Warman AH 20/18 RE pumps installed in the secondary mill circuit.

Montana, US project's mill has a new crushing circuit.