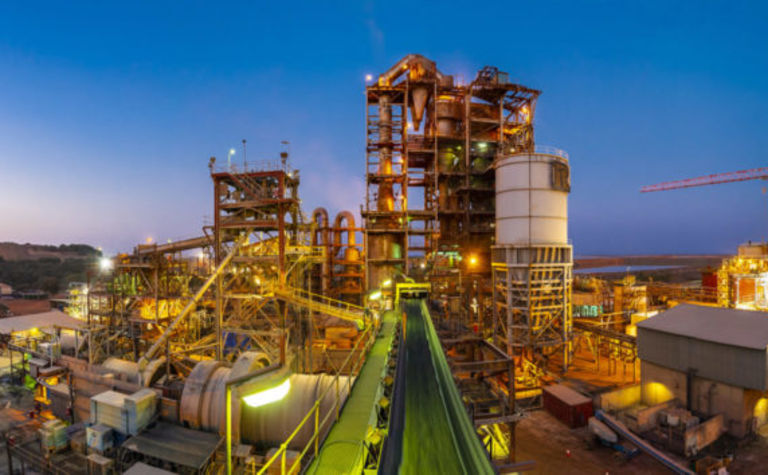 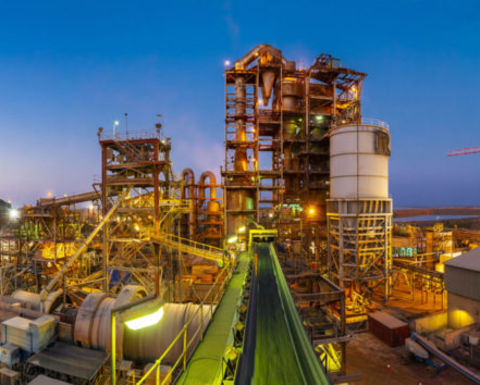 The Syama roaster is a key component of the sulphide processing circuit and was taken offline in early October due to the detection of a crack in the main external shell. Repairs to the roaster were completed in early December within the scheduled timeline, within the allocated budget, and without any recordable safety incidents.

The Syama roaster repair entailed a complete replating over the crack on the main roaster body by cutting and welding new 10mm plate steel. An additional crack in the primary cyclone and two minor cracks on the main roaster body were also replated as part of the repair programme in addition to a range of refurbishments and maintenance to the sulphide circuit infrastructure.

In addition to the recommencement of roaster operations, a new secondary cone crusher was commissioned on December 14. Extensive refurbishments and enhancements to the sulphide grinding, flotation and calcine regrind circuits have also been commissioned commencing December 11.

According to Resolute Mining, the roaster and all aspects of the Syama sulphide circuit are performing as expected. The improvements made to the sulphide processing circuit are aimed at ensuring target recoveries and throughput are achieved in 2020 and beyond.

Underground mining at Syama continued without interruption during the roaster repair programme. Resolute's fully autonomous haulage fleet is now commissioned and operational. More than 400,000t of high-grade underground ore is now available on the run-of-mine pad. According to the company, the available stockpile of underground ore ensures that sulphide processing operations will be unconstrained by ore availability during 2020 and provides greater confidence in achieving targeted throughput.

The comprehensive roaster repair programme, and the contemporaneous refurbishments and maintenance completed to the entire Syama sulphide circuit, has allowed Resolute to reschedule the next planned roaster shutdown. The next major biennial roaster maintenance shutdown was previously scheduled for May 2020 but has now been deferred until January 2021.

John Welborn, managing director and CEO of Resolute Mining, said he was pleased the Syama roaster was successfully returned to full operation. He commented: "The roaster repairs and associated unscheduled sulphide circuit maintenance has been a complex project which has been successfully completed efficiently and safely. I congratulate our project, technical and operating teams at Syama for their success in this herculean task and for the exceptional response in delivering a solution to our requirements.

"The Syama sulphide circuit is now fully operational and ready to demonstrate our ambitions at Syama by delivering strong stable recoveries from consistent ore feed from the Syama underground mine. The significant ore stockpiles we now have available will allow us to focus on cost efficiencies with our autonomous underground mine systems rather than requiring a focus on maximising mined and hauled tonnages. During 2020, we intend to investigate opportunities to expand both the underground mine production capacity, and the processing capacity of the sulphide circuit, beyond the current nameplate of 2.4Mt/y.

"The crack to the roaster, and the required unscheduled sulphide circuit downtime, has resulted in a material loss in production from the Syama sulphide circuit in the December 2019 quarter. However, we have worked hard to offset this lost production from other production sources and complete the repairs as quickly as possible. As a result, the material loss in sulphide production is likely to have only a minor impact on overall group production and targeted FY19 production guidance at 400,000oz of gold. The lost production in 2019 is more than offset by the additional production we now expect to gain in 2020 by the deferral of the next major roaster shutdown to early 2021."