East Mining’s (EMCO) Solntsevsky openpit coal complex in Russia’s Sakhalin region has opened an oil analysis laboratory, bringing the task on-site that used to be performed by a third-party vendor. 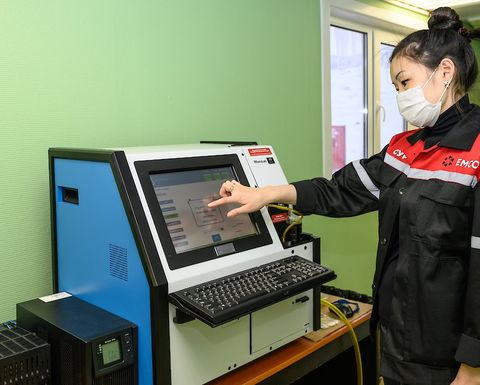 The main focus of the facility will be to monitor the technical condition of mining units along with units for the assistance of the modern automated MicroLab 40 complex, expanding the useful life of the vehicles and keeping them working optimally.

The lab will monitor lubricants for all types of equipment used at the mine, including dump trucks, excavators, bulldozers, forklifts and graders. Also, modern equipment will allow control over the technical condition of cars and trucks.

"Control of the condition of mining units and units will lead to an increase in the interservice interval, which will lead to a reduction in the time and cost of maintenance," the miner noted of its decision to bring the facility to the site.

"The consumption of oil and the cost of its disposal will also be significantly reduced. The latter is important as part of a set of measures implemented by the company to preserve the environment in the area of presence."

The MicroLab 40 analyser has been designed to diagnose early hydraulic system components, internal combustion engines and transmission elements. It provides detailed reports immediately because of a built-in intelligent system of peer review.

That data can subsequently be compared with a reference breakdown, and a report can then be produced automatically with recommendations for further action.

"The whole procedure is fully automated, which achieves high accuracy of the results. The entire process takes no more than 15 minutes from the start of the analysis to the receipt of the report," the company said, giving a chance to prevent repairs and large amounts of downtime.

The mine's previous diagnostics were carried out using a laboratory in Khabarovsk that was operated by a third party.

Why Even Larger Pumps Are on the Horizon